Is There One Evangelicalism?

A rigid, dogmatic, intolerant attitude toward diversity of opinion and interpretation has set into many sectors of the evangelical movement. It is an attitude reminiscent of old-style fundamentalism. I have seen my evangelicalism gradually taken over by people who would have been considered fundamentalists when I was in seminary.

This change came to a crisis for me when I was teaching at a well-known evangelical liberal arts college and seminary in the 1980s and 1990s. Certain constituents began to pressure the school to teach against women in ministry (a point about which that particular school and denomination had never taken a position) and against open theism (an admittedly unusual view of God's foreknowledge but not ruled out by the statement of faith).

The turning point for me was a heresy trial (called by the administration a "Day of Theological Clarification") over one of my colleagues who was open about his open theism. What especially troubled me was that all of the crucial theological arguments being used by constituent pastors against open theism would, if valid, work just as much against classical Arminianism. Nobody seemed to be noticing that except me. One pastor leading the charge against my colleague told me he would get me fired for not standing with him against my colleague.

It's one thing to have a civil debate about a theological issue; I'm not against that. But, in my opinion, there was nothing civil about this crusade to purge the institution (and then all evangelicalism) of open theists. Many of those raising their voices against my colleague and against open theism knew little about it. And in some cases the tactics were ethically questionable.

(One pastor asked me to have lunch with him "just to find out what made me tick." He assured me that it was not an inquisition. But the whole conversation revolved around open theism. At the end of our two-hour conversation he said, "Roger, what may I tell the pastors who know we had lunch today about your position on open theism." It was clearly what is colloquially called an attempted "sucker punch." This same pastor went around calling open theism "Socinianism," as if open theists denied the deity of Christ or the Trinity!)

These were attitudes and approaches to theological issues that resonated more with fundamentalism than with classical, mainstream evangelicalism. I saw my days numbered in that beloved school, not because I was an open theist (I was not and am not) but because I didn't consider it a heresy and I didn't "side with" the right people.

This was not just an isolated incident. Across the board among evangelicals a spirit of fear settled in: fear of heresy lurking behind every bush or fear of heresy hunters who were out in the open seeking heresies where nobody had yet found them.

Most of those leading the charge against open theism were Calvinists and I detected in their rhetoric a decidedly anti-Arminian thrust. As one leading Calvinist opponent of open theism said publicly about Arminians, "They are all headed there." I came to believe it would soon no longer be safe to be publicly Arminian in that environment. (That school and the denomination that controls it have a history of allowing both Calvinists and Arminians without discrimination in their ranks.)

My heart has grieved over what has happened to the evangelical movement. On the one side one finds popularizers peddling a "gospel" of health and wealth through positive thinking. On the other side one finds fundamentalists trying to exclude as non-evangelical everyone who doesn't think just like them. The middle (which I think of as the historical evangelical position of tolerance of differences of opinion within a general embrace of historic Christian orthodoxy) is hard to inhabit. People there get shot at from both sides.

It seems to me that perhaps what held the post-WW2, post-fundamentalist evangelical movement together were two powerful forces: the NAE (founded in 1942 to be inclusive of many different "styles" of being evangelical) and the huge organizational influence of Billy Graham (who was disliked by fundamentalists for his inclusiveness). Now, both are waning in influence. How many contemporary evangelicals listen to the NAE? Many know little about Billy Graham, and his influence is minimal (although he is still considered an icon).

In the absence of any central, unifying force(s) evangelicalism is simply fragmenting. So, these days, when asked if I'm an evangelical my answer takes a long time. Most people aren't willing to listen that long. My answer is, "Yes, but . . ." When asked about my evangelical heroes I have to draw mainly on people of the past: in theology Bernard Ramm, in politics Mark Hatfield, in biblical studies George Eldon Ladd. It's not that I haven't kept up; I certainly try to. But where are the giants of evangelical life and thought like those men who, during their lifetimes, influenced two or three generations of evangelicals? 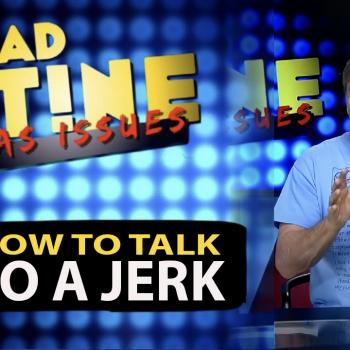 There is no Religious Basis for Vaccination Exemption
Ben Witherington
3 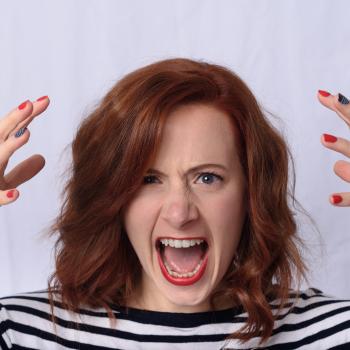 Cats and Twitter
Anne Kennedy
Get Patheos Newsletters
Get the latest from Patheos by signing up for our newsletters. Try our 3 most popular, or select from our huge collection of unique and thought-provoking newsletters.
From time to time you will also receive Special Offers from our partners that help us make this content free for you. You can opt out of these offers at any time.
see our full list of newsletters