A Message to Millennial Muslims

Needless to say, there is no doubt that September 11, 2001 was a jarring wake-up call for all Muslims worldwide. For me, 9/11 was exactly ten days after my twenty-fourth birthday and since that day I decided once and for all that I would dedicate the rest of my life solely to the reconciliation and betterment of humanity. As such, it is high time for our Muslim youth worldwide to forego high-paying lucrative jobs and instead dedicate themselves to social justice and public interest jobs around the world.

Now, instead of sending our children only to medical or law schools, we need to nurture the next generation of artists, academics, and social workers. As we grow as a minority community in the United States, we will continue to be contributing members of our American society.

We are already executives of large corporations.

We are already superstars in professional sports.

We have already been elected to the halls of Congress.

Now, we must support the incoming tide of young, educated, articulate, and dedicated American Muslims to help make this country a better place for people of all race, religions, and socioeconomic statuses.

To our millennial Muslim youth worldwide, our time has indeed come. We were born and raised in this country. We have freely practiced our noble faith and have known no other home. We pledge religious allegiance to Islam and national allegiance to America, with pride for both and compromising neither. We are contributing members of this society and thus are entitled to every inalienable right and freedom that all Americans cherish. We have the freedom of speech, the right of assembly, and the privilege to dissent against the establishment like all other people in this great land of ours.

Remember, we were born in America. We have attended the finest institutions this country has to offer. We have worked for United States' senators, investment banking houses, and national newspapers. If we want to empower Islam and American Muslims, it is time for the torch to be passed and we must possess the fortitude to take that torch to the next societal level.

Like all Americans, we will eventually find our better halves, have chubby little babies, go to our local zoos, get season tickets to the Chicago Bulls, go on our children's field trips, and fix the leak in our homes' roofs. With all the growing pains in the life that we lead as normal Americans, everyday we turn our face to Mecca to pray to the one our Christian brothers call God, our Jewish sisters call Yahweh, and whom we proudly call Allah.

As the new millennial chapter in the civil rights history of America, we should all be reminded that many marginalized demographic groups have had to struggle through an empowerment movement in order to solidify themselves within the sphere of American sociopolitical life. Susan B. Anthony struggled against our patriarchal sociopolitical system and began the process of female empowerment within America over a century ago. Dr. Martin Luther King, Jr. and Malcolm X were revolutionary forces who allowed millions of disenfranchised African-Americans to take pride in their heritage and establish their much deserved place in American life. I earnestly believe that what American Muslims are drudging through right now is simply the next chapter of our civil rights history similar to the aforementioned examples.

But, if we fail to wake up now, we will never wake up.

Our time is now.

As a part of the next generation of millennial Muslims, I vow to continue to be an asset to my faith, my country, and the world. So, as I continue my true existence and purpose-driven life as a proud Muslim citizen of our global community, regardless of whether or not I am welcome in your home, you are welcome in mine.

My home is America. 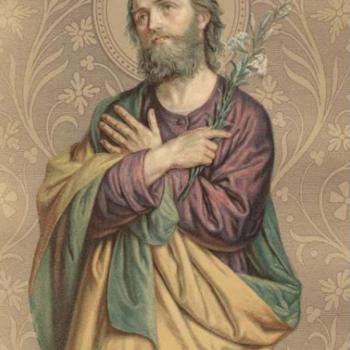 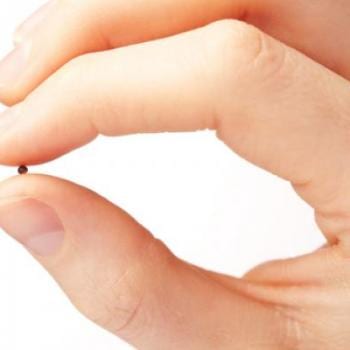 The Parable of the Mustard Seed
Karl Forehand
Get Patheos Newsletters
Get the latest from Patheos by signing up for our newsletters. Try our 3 most popular, or select from our huge collection of unique and thought-provoking newsletters.
From time to time you will also receive Special Offers from our partners that help us make this content free for you. You can opt out of these offers at any time.
see our full list of newsletters
Editor's picks See all columnists