The Old Coalition Is Passing

I am neither a prophet nor the son of a prophet. So I can probe into the future of evangelicalism only on the basis of what I know, see, hear, and sense.

Evangelicalism: What is it?

Perhaps we could begin with some definitions. If we define "evangelical" as those who faithfully sustain the Reformation's central impulses, like justification by faith and the solas, I would contend that evangelicalism will be here for a long time. There are plenty who will keep the Reformation's gospel and theology alive. If we define "evangelical" as those who are faithful to the Great Awakening(s) and revivals of America, who carry on the work of people like Jonathan Edwards, John Wesley, and D.L. Moody, along with the missionary movement that flowed from that kind of evangelicalism, I would say that movement is sputtering along but is not likely to go away anytime soon. Yet I would caution that the great drive for the act of evangelism has substantially waned on American soil; the promptings that created missionary work all over the world have fallen on dry days. Finally, if we define "evangelical" as the coalition that gathered in the 1940s, 1950s, and 1960s around such luminaries as Billy Graham, Carl Henry, John Stott and J.I. Packer -- of that evangelicalism, I would say the days are numbered.

More needs to be said about the nature of the evangelical coalition I see falling apart. The evangelicalism that formed in the 1940s and 1950s, more accurately called "neo-evangelicalism," was a reaction to strident forms of fundamentalism, a call to serious intellectual engagement so that evangelicalism could gain both theological and academic credibility again, and a formation of a big tent coalition to work together for evangelism and theological development. By and large, this big tent coalition combined the Calvinist and Wesleyan segments of evangelicalism, found places for Christian colleges, parachurch ministries, missionary societies, and a plethora of magazines and radio stations, and gave a privileged place to evangelical leaders like Billy Graham and Carl Henry.

This big tent evangelicalism did not spend its energies fighting over theological issues so much as it galvanized those energies for missional and theological work. One reason it did not fight theologically is because its theology, although it clearly embraced believers across a wide spectrum, was more or less grounded in a common affirmation of the centrality of the Bible, the necessity of conversion, the clarity of an atonement-shaped gospel message, and an expectation that real Christians were hard at work in local churches, in evangelism, and in community-focused activism.

Now that coalition has all but broken apart, and not just because theology is less central. It is only heritage-rich institutions like Christianity Today, and memories in 50- and 60- somethings that perceive both what neo-evangelicalism was yesterday and what it has become today. The only way the older coalition can survive is if Christianity Today -- and I see no other genuine alternative -- can continue to attract consensus-shaped evangelicalism.

Why has the coalition broken down? I don't know for sure, but I think the following are two contributing factors:

First, some evangelicals who were nurtured in fundamentalism never really softened enough to be big tent evangelicals. They simply cooperated as long as it was the best American evangelicalism had to offer. Such folks were never really comfortable with or welcoming of the broader reaches of the neo-evangelical coalition, whether it was the charismatics or liturgics or Wesleyans or Anabaptists that concerned them. They have survived and can now be found in more strident forms of a fundamentalist evangelicalism. 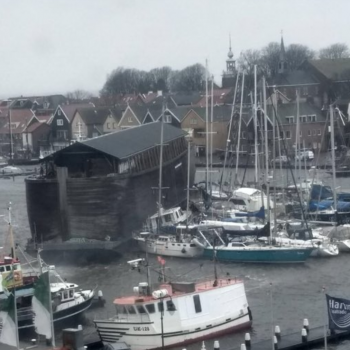 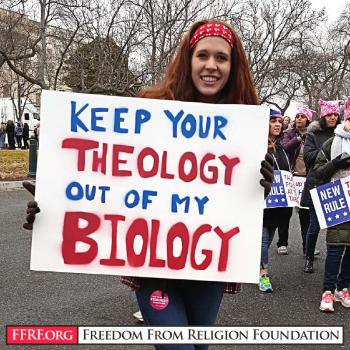