Paganism and the Role of Interfaith Dialogue

Pagan religions are increasingly entering the mainstream of America's spiritually engaged public - if I can differentiate them from the political right wrapping its message in religious garb. It is no longer rare to meet people with Wiccan friends or who know we encompass a wide variety of spiritual practices united by a family resemblance. Dar Williams' "The Christians and the Pagans" is known country-wide. Television shows depict Witches simplistically, but very importantly, not as evil. Wiccan soldiers can now have the pentacle on their tombstones and places of worship.

As our numbers are quite small, and may always be, this change in public perception has been remarkable. I think efforts by many Pagans to engage wholeheartedly in Interfaith dialogue has played a vital role here. It is in Interfaith that people with strong spiritual commitments meet and work with others of similar commitment from different faith communities. This effort, ranging from local interfaith councils to the Parliament of World Religions and the United Religions Initiative have enabled the truth about many paths to reach out far faster and better than would have been the case otherwise.

In the process we forge personal relationships cutting across hostile stereotypes and often gaining a new appreciation of other paths while gaining a deeper commitment to our own. For example, was in meeting with a Evangelical pastor in Kansas that my book Pagans and Christians: The Personal Spiritual Experience was born. That book, and my effort to be fair but also address the hard questions, led me to be invited to participate with Philip Johnson in the first effort for a Christian/Pagan dialogue: Beyond the Burning Times.

Pagan involvement in interfaith dialogue has deep roots. Covenant of the Goddess has been engaged in interfaith work for thirty-five years. Pagan Don Frew began dialogues with Christian Brooks Alexander twenty-five years ago, leading an honest and deeply committed Evangelical to present accurate information to the wider Christian community while becoming widely respected for his honesty and integrity among many in the Pagan community.

Other Christians are active participants as well. Michael Cooper is preparing an e-book on Druidism. In Utah John Morehead, who conceived Beyond the Burning Times, has been engaged in dialogues with Eagles Kindred and Utah Pagans. And my co-author Philip Johnson wrote a chapter in Fiona Horn's Pop! Goes the Witch.

During the late 60s and early 70s, mainstream American religions began confronting two relatively new issues within their communities: the status of women and the significance of the natural world. Two different Pagan traditions played central roles here. In doing research on this period I consistently read of women Jews and Christians being inspired by and reacting to Starhawk, Z Budapest, and other feminist Witches of that generation. Their influence went far beyond their tiny numbers.

Similarly, but often initially inspired by traditional Native Americans, the Sacredness of the natural world became an issue. The writings of Black Elk, John Fire Lame Deer and Rolling Thunder, opened this door for many. Later, at the 1993 Parliament of the World's Religions, Michael Gorbachev gave an address emphasizing that one thing all assembled shared in common was "one planet." His words fell on fertile soil, and as many spiritual people looked about for models of integrating nature into spirituality, NeoPagans were able to offer guidance.

Since those years, these two major concerns -- the importance of Nature as being more than a simple storehouse of resources, and the spiritual equality between men and women (with the Feminine increasingly recognized as a dimension of the sacred that is just as important as the Masculine) -- have continued putting down ever deeper roots while seeding the wider religious landscape. Of course these currents of spiritual concern are not uniquely Pagan, but compared to more mainstream American religions, they are intrinsic to what most of us are. Pagans were well placed to get these issues on the wider religious agenda, and they did. 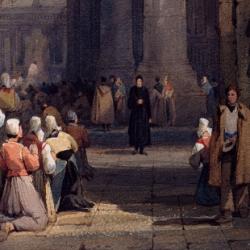 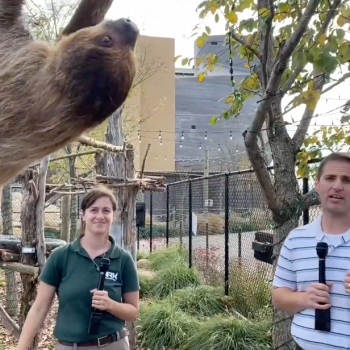 These Creationists Learned a Weird Lesson from Sloths
Hemant Mehta
3

The Fusion of Christianity and White Nationalism
Adam Lee
Get Patheos Newsletters
Get the latest from Patheos by signing up for our newsletters. Try our 3 most popular, or select from our huge collection of unique and thought-provoking newsletters.
From time to time you will also receive Special Offers from our partners that help us make this content free for you. You can opt out of these offers at any time.
see our full list of newsletters
Editor's picks See all columnists