The Power of Storytelling: Creating a New Future for American Muslims

The future of Islam in America has to be written by Muslim Americans who boldly grab hold of the conch and become heroes of our own narratives. We can no longer exist in culturally isolated cocoons or bury our heads under the sand waiting for the tide to subside on its own. We must follow the traditions and values of Islam and America by being generous and inviting with our narratives. We must tell stories that are "by us, for everyone," thus accurately reflecting the spectrum of shared common values that exist simultaneously within the Muslim and American spirit.

These stories will ultimately influence the greater American narrative reminding fellow citizens that no group is a cultural monolith worthy of being painted with only black and white colors, and that even Islam is capable of benefitting America with its unique spiritual and cultural gifts.

Thankfully, a few storytellers have already heard the call and picked up the conch. Among them is G. Willow Wilson, a white, American-born convert to Islam, who cites Islam and the West as critical foundations of her spiritual journey in her new memoir, The Butterfly Mosque. Her story is living proof that an individual can maintain fidelity both to one's American and Muslim roots without mutual exclusivity or an "internal" clash of civilizations.

The Taqwacore movement, inspired by Muslim American convert Michael Muhammad's fictional novel of the same name, shows us punk, suburban, American-born Muslim kids who are just as comfortable citing hadiths of the Prophet as they are reciting Sex Pistol lyrics -- all while styling their mohawks.

Meanwhile, Eva Ensler's influential Vagina Monologues inspired American-born Muslim Sahar Ullah to write and perform her own Hijabi Monologues, featuring complex female characters equipped with unique and powerful voices that deconstruct and defuse lazy stereotypes. As Ullah mentions on the group's Facebook page, "Through the power of storytelling, generalizations and categories are challenged. Through stories, strangers touch and connect. Through stories, the story-teller and listener are humanized."

Humor and personal stories are used by comedians Preacher Moss, an African American convert to Islam, and Azhar Usman, a thick-bearded, South Asian American Muslim, to defang racism and Islamaphobia in their "Allah Made Me Funny" tour. Meanwhile, Altmuslim.com and Illume Magazine are influential, American online magazines employing Muslim writers to finesse content for an international audience on a variety of topical issues intersecting both Islam and the West.

My own play, The Domestic Crusaders, draws on the "kitchen drama" traditions of American theater, as seen in A Long Day's Journey into Night and A Raisin in the Sun, to tell a universal story through a culturally specific lens of a Muslim Pakistani American family living in a post-9/11 world. Strip away the family's cultural idiosyncrasies, replace their Urdu with English, substitute their chicken biryani with meatloaf, change their multisyllabic last names, and their struggles and aspirations should resemble those of your neighbors and community members.

And, of course, we cannot forget to mention America's best-selling poet, Rumi, a Muslim Sufi and scholar who lived 800 years ago in Konya, Turkey and whose intense love for the Divine fueled his ecstatic poetry that continues to inspire hearts, of all religions and colors, to this day.

The Muslim American storytellers of the 21st century need to simultaneously mine our rich Islamic and American identity and history to discover our own Rumis, whose stories will bestow endless rewards that can only benefit and add to the ever-growing multicultural mosaic that is America.

It seems that the only happy ending for the future of Islam is a story in which it coincides and coexists peacefully with the future of America.

Wajahat Ali is a playwright, journalist, attorney, humorist and consultant. His play, "The Domestic Crusaders," is one of the first major plays about the American Muslim experience, making its New York premiere on 9-11-09 at the world-famous Nuyorican Theater. Ali is a frequent contributor to the Washington Post, The Guardian, Salon, Slate, Wall Street Journal, CNN.com, Huffington Post, McSweeney's, Counterpunch, and Chowk. His blog, Goatmilk: An Intellectual Playground, is ranked in the top 7 percent of all political blogs by blogged.com. He is an Associate Editor of Altmuslim.com, the leading American Muslim online magazine, and is Contributing Editor to Illume Magazine. Mr. Ali practices law in the Bay Area, California. 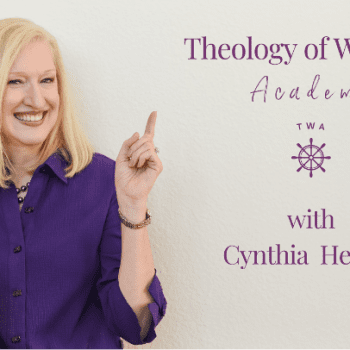 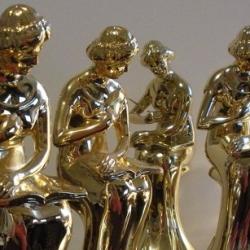 Interview with a Water Priestess - Dakota Chanel
Annwyn Avalon
Get Patheos Newsletters
Get the latest from Patheos by signing up for our newsletters. Try our 3 most popular, or select from our huge collection of unique and thought-provoking newsletters.
From time to time you will also receive Special Offers from our partners that help us make this content free for you. You can opt out of these offers at any time.
see our full list of newsletters
Editor's picks See all columnists