Secularization Has Hit Its High Mark

Secular ways of life face an uncertain future. Nonbelievers have often hoped that with better education and awareness of modern science, the flaws of supernatural beliefs would become obvious to more people. Furthermore, with increased prosperity, and the spread of ways of political organization that do not depend on religion for legitimacy, religion would decline and perhaps even disappear. Today, it is not so easy to expect that secularization is the wave of the future.

In some ways, secularity has been remarkably successful. In a few parts of the world, such as Western Europe and Japan, organized religion is moribund. These are countries that enjoy a developed economy, and where citizens can rely on a high degree of social solidarity and consequent security. Furthermore, their historical experience fosters distrust of politically powerful forms of religion. In these circumstances, a secular way of life has flourished; organized religion has lost much of its social and political potency, and traditional doctrines have lost their plausibility. This is not to say that Europeans or the Japanese have become atheists. But many are secular in the sense that if they entertain supernatural beliefs, such beliefs are diffuse and privatized. A minority has entirely lost interest in the supernatural. And an even smaller minority actively opposes religion or consciously tries to construct a humanistic life stance.

But in most of the world, most people live less secure lives, and supernatural belief systems have changed rather than declined. In the United States, there are substantial numbers of secular liberals, but religion still overshadows public life in the country as a whole. The rising middle classes in India or in Muslim countries often favor very conservative forms of religiosity. The economically less fortunate remain fiercely committed to their religious identities everywhere. We live in a time of religious resurgence: a "post-secular" era where secularism is losing legitimacy in politics and conservative religiosity influences public life across the globe.

Secular populations also face demographic challenges. People who are indifferent to organized religion typically also have egalitarian family structures that delay childbearing and produce fewer children, especially compared to devout monotheists. Continued secularization depends on secular ways of life spreading into the religious population: a rapid spread of ideas must compensate for a low reproduction of people. It is not clear that this is still happening. Increasing security might decrease the attraction of supernatural ideas of salvation, but the dominance of neoliberal politics across the globe has exacerbated social inequalities and produced mass insecurity. This shows few signs of changing.

Secular ways of living can certainly survive, and maybe thrive, even if secularization has hit its high mark. Europe is likely to remain more-or-less secular for generations; even elsewhere, secular people and humanists may not enjoy much influence but they will at least exist in enclaves. All this, however, assumes no radical change in our circumstances. Secular ways of life depend on highly technological, complex societies. Such societies can be fragile.

Some radical changes are easier to foresee. We are now facing the near certainty of continued serious global environmental degradation, including mass extinction of many of the species on Earth and catastrophic global warming. Our political systems have repeatedly proved themselves unable to handle such problems. And the sheer complexity of the environmental systems industrial civilization is undermining also means that it is doubtful that a technological fix, such as obtaining energy from nuclear fusion rather than fossil fuels, can ever be a solution rather than just a way to gain time. Continual economic expansion and increasing social complexity are the very conditions that have made historically unprecedented levels of religious indifference and nonbelief possible. These conditions do not appear sustainable.

Teaching physics, I often have occasion to ask my students if the "Star Trek"-like scenarios of popular science fiction are plausible visions of the future. If they have learned enough physics, it soon becomes clear that crews of humans hopping on spaceships to travel between stars is even less likely than the crew always encountering intelligent aliens that look like humans in latex masks. "Star Trek" also has a humanistic social vision, of a diverse society of people cooperating in circumstances where material scarcity is no longer a problem, and where supernatural belief has no purchase on public life. Unlike routine interstellar travel, this humanism does not flirt with the physically impossible. Nevertheless, it is hard to have much confidence that we are headed in that direction. 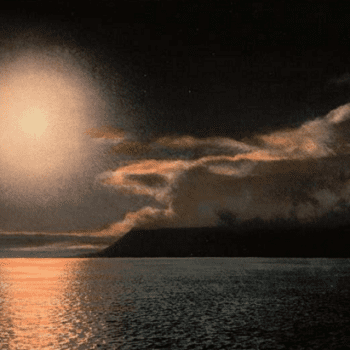 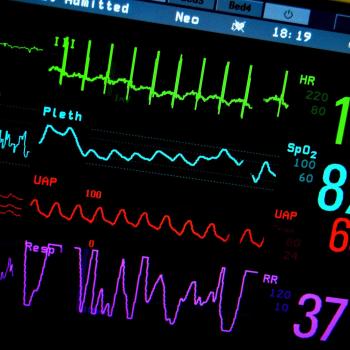 The Magick of Melissa...
Raven Wood
4

Graham crackers, naturopathy entwined with evangelical Christianity
Rick Snedeker
Get Patheos Newsletters
Get the latest from Patheos by signing up for our newsletters. Try our 3 most popular, or select from our huge collection of unique and thought-provoking newsletters.
From time to time you will also receive Special Offers from our partners that help us make this content free for you. You can opt out of these offers at any time.
see our full list of newsletters
Editor's picks See all columnists