The Book of Mormon in Religious Studies

Last March marked the 180th anniversary of the publication of the Book of Mormon. Only a few books from early 19th-century America are still regularly read outside of classrooms, and fewer still are consulted on a weekly, or even daily, basis by several million devoted followers around the globe. The Book of Mormon has successfully made the transition from religious curiosity to world scripture, and that is a rare accomplishment indeed. Yet the volume is still virtually a closed book to outsiders.

There are at least three reasons for this: 1) the book features a rather complex narrative expressed in an archaic form of English (though its Christian message is clear enough -- it tells the story of ancient Israelite immigrants to the Americas who prophesied of the coming of Jesus, and how he visited them after his resurrection); 2) the lack of direct evidence from pre-Columbian archaeology for a Jewish/proto-Christian civilization makes standard historical-critical methods impossible; and 3) the insistence of believers that the best approach to the text is to pray for a witness from the Holy Spirit, places the book in a religious rather than an academic context.

Given these challenges, scholarly attention to the Book of Mormon has often been more focused on the credibility of Joseph Smith than on the text he produced. The question is whether Smith was the inspired translator of an ancient record written on metal plates (his own claim), or whether he was the author of a religious novel (what everyone else assumed).

Studies have tended to follow of one of two tracks. The first consists of making a case for the book's historical authenticity. The paucity of confirming evidence from the Americas has forced Latter-day Saints to search for validation of the book's Israelite origins from biblical archaeology. The greatest proponent of this approach was the late Hugh Nibley, whose learned disquisitions sought to demonstrate that the Book of Mormon was filled with details of ancient Near Eastern culture that Joseph Smith could not have known on his own. Nibley's successors have pushed such studies ever deeper into scholarly esoterica, but they have generally been unconvincing to outsiders, and they beg the question of how much cultural continuity we might reasonably expect from the descendants of a single family over centuries in a foreign land (especially since we only have access to a single source in translation).

The second approach, nearly a mirror image of the first, attempts to explain everything in the Book of Mormon as a reflection of Joseph Smith's biography. Dan Vogel's 2004 account of Smith's early years pushed this model about as far as it could possibly go, mixing helpful descriptions of contemporary religious and political movements with considerable speculation about Smith's ambitions, psychology, and mental state. Latter-day Saints were not impressed, and even as literary analysis, Vogel's work falls short; not all novels are autobiographical. Some elements of the Book of Mormon seem to fit 19th-century America, while others are quite at odds with that time and place. At the beginning of the 21st century, Book of Mormon studies appeared at an impasse, with little common ground between believers and outsiders, and two parallel approaches that seemed to have played themselves out. What comes next?

The Book of Mormon, of course, has a long and bright future with the millions who accept it as scripture, as a sign of God's work in the latter days and of Joseph Smith's prophetic calling, and as a source of doctrine and moral teachings. Its invitation to readers to have a personal encounter with the Holy Spirit still stands. But academic Book of Mormon studies -- of the non-proselytizing sort -- will likely find its most fertile ground in the field of religious studies, where scholars regularly put aside questions of ultimate truth in order to try to understand religious traditions from a sympathetic point of view. Let me suggest four possible approaches to the Book of Mormon that would be useful for all interested readers, regardless of their faith commitments or lack thereof (and each could be applied in equivalent ways to the Quran or Lotus Sutra).

1)  Textual Criticism. Over the past decade, Royal Skousen of Brigham Young University has been publishing a series of monumental volumes analyzing the textual history of the Book of Mormon from the two handwritten manuscripts of 1829-1830 through twenty significant printed editions. His astonishingly detailed examination is obviously a labor of love, something that probably only a believer would undertake, but his criteria for judgment are scholarly, secular, and transparent. A non-Mormon might very well reach the same conclusions, using the same methods and evidence. In the The Book of Mormon: The Earliest Text, recently published by Yale University Press, Skousen has created the Mormon equivalent of the Biblia Hebraica or the United Bible Societies' Greek New Testament. It will be the foundation for all serious studies of the Book of Mormon for years to come.

The greatness of Hank Aaron and the sanctity of life: A way through the...
Jim Denison
4 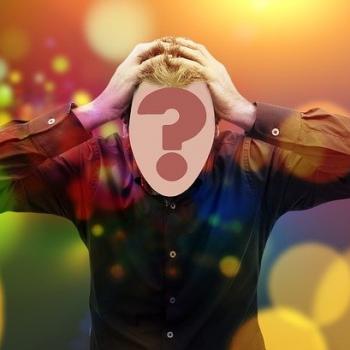