Everyone now celebrates "our" victory over Communism, conveniently forgetting that the struggle was not only with Communism but within the West as to what Communism meant. The anti-anti-Communists in the West were frightened by the vocabulary used by the pope and President Ronald Reagan for the Soviet Union because they feared it might lead to war, but also because the use of the word "evil" had implications for themselves with which they were extremely uncomfortable. As English writer Christopher Derrick once said, the only real Iron Curtain runs through the soul of each one of us. If we can know what evil is, how then does that apply to our own lives? Rather than answer that question, many preferred to attack the people using it and to explain the Cold War away as just another variation of power politics and realpolitik. Communism was simply a mask for traditional Russian imperial expansionism and could be dealt with similarly. Power dealing with power can reach an understanding.

So long as this view was regnant in the West, Communism was a form of absolutism fighting a form of relativism. As such, Communism had the clear advantage and gained it on the field with stunning geographic advances -- in Central Asia, Africa, and Central America -- and strategic advances in both conventional and non-conventional weaponry. So great was the progress of the Soviet Union in the 1970s that anyone looking at these factors alone would have expected it to win. Those expectations were defeated by a factor outside of these calculations.

The word "evil" was always in the Church's lexicon for Communism but, because John Paul II was a Pole, his words particularly resonated. He spoke from the belly of the beast. He knew totalitarian "evil" personally in both its Nazi and Communist manifestations and spoke from experience. His philosophical grounding also allowed him to reach beyond Christian revelation to a larger audience that did not share that revelation. He could speak of universal truths in a language that was not parochial.

Reagan was the first political leader to use the moral vocabulary of "evil" to describe the Soviet empire in the recent era. The reaction was hysterical. How reckless could Reagan be? Yet the president calmly responded that he wanted them, the Soviets, to know that he knew. This acknowledgment inspired great hope behind the Iron Curtain. Then, finally, the Soviets used the term themselves. Once the proper vocabulary was employed, it was over. Semantic unanimity brought the end not in the much-feared bang, but a whimper. Truth -- the splendor of truth -- turned out to be the most effective weapon in the Cold War. The bearer of that truth in it fullest splendor was John Paul II.

Not everyone could see this coming. In 1967, a dim-witted Communist party apparatchik turned in a report on Karol Cardinal Wojtyla of Krakow to his superiors in the Polish secret police that may have lulled them into complacency. It started, "He has not so far engaged in open anti-state activity. It seems that politics are his weaker suit; he is over-intellectualized. He lacks organizing and leadership qualities." General Jaruzelski, former head of the Polish Communist Party, later bemoaned this shortsightedness: "My Communist colleagues decided that the Bishops ahead of Karol Wojtyla on the list of candidates were not good for the state, so they pushed Karol Wojtyla. The Holy Spirit works in mysterious ways." 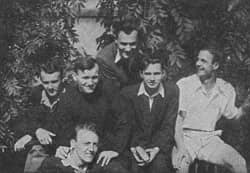 The Soviets were more alert. They remembered Lenin's warning: "The idea of god is unutterable vileness of the most dangerous kind." Andrei Gromyko, the foreign minister, fumed: "Things have reached the point where thousands upon thousands of people are crawling on their knees before the Roman pope." If the Church were not dealt with, Leonid Brezhnev warned, "sooner or later it would gag in our throats. It would suffocate us." Canadian reporter Eric Margolis later learned the depth of the concern: "I was the first Western journalist inside the KGB headquarters in 1990. The generals told me that the Vatican and the pope above all was regarded as their number one, most dangerous enemy in the world." (Someday, we may learn whether that concern expressed itself in the 1981 attempted assassination of the pope. As John Paul II wrote in Memory and Identity: "Someone else masterminded it and someone else commissioned it.")

In any case, the magnitude of John Paul II's role was definitively acknowledged by former Soviet leader Mikhail Gorbachev in a 1992 article in La Stampa: "All that has happened in Eastern Europe over these last few years would have been impossible without the presence of this pope and without the important role . . . that he played on the world stage."