Have We Squandered Our Cultural Inheritance?

Thus Beck and his followers were sincere in their claims that this was not a political movement. It only becomes a political movement to the extent that it is slandered and excluded by the Left. There has been nothing more harmful to the Obama administration than the way in which its representatives and defenders have mocked the concerns of a broad cross-section of everyday Americans and labeled them as racism, nativism, homophobia, and Islamophobia. It is not unreasonable to be concerned by runaway government spending, the strains of illegal immigration on our social safety nets, and a radical redefinition of marriage. Neither is it unreasonable to feel as though a mosque near Ground Zero is more a boot on the chest than an open hand of friendship. When they refuse to see the rationality behind these standpoints, those on the liberal side of the spectrum ascribe the worst of motives -- and make communication and community all but impossible.

Yet progressives who might naturally be inclined to view these things with skepticism should not conflate the Tea Party rallies and the "Restoring Honor" rally. At most, Christians who seek a restoration of America's moral and spiritual character comprise a second column beside the Tea Partiers, but I think it is more accurate to say that they are separate movements arising from a common cause.

Liberals should not exclude Christians who believe in a need for national repentance and restoration; it would be more in their interest to make sure that the Christian values that most matter to liberals are included in that restoration. And even those who find Glenn Beck toxic should take seriously the hundreds of thousands who gathered alongside him. I hope Glenn Beck gets, and some of his comments suggested he did, that the movement is not -- and should not be -- about him. Beck is more a bellwether and organizer for the movement than its spiritual leader. The movement that surfaced before the Lincoln Memorial last Saturday possesses the potential to begin a long-term restoration of America's moral and spiritual character. To the extent that Beck held the reins last Saturday -- and there were others such as David Barton who did far more behind the scenes -- he would be wise to hand them over to religious leaders.

What is clear is this: Something has changed. Alongside the political Tea Party movement there has arisen a predominantly moral and spiritual movement. Christians were always over-represented at Tea Party rallies, yet now they are sensing that this present darkness over our once-shining city is caused by an enduring national neglect of the wisdom that made this nation shine in the first place. "Something beyond imagination is happening," as Beck himself said from the stage. "Something that is beyond man is happening." The devil will be in the details, but for now let us hope it is true that "America today begins to turn back to God."

Dating Decoded: What To Look For When Looking For a Partner
Terry Gaspard
4 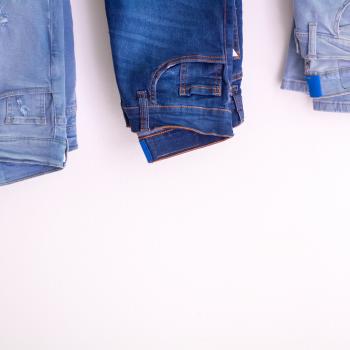