The Inevitability of Scripture

The Inevitability of Scripture:
The Challenge of Authority and the Promise of Tradition 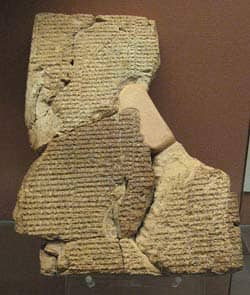 There is a comfort in scripture: to have the holy words of your Gods and prophets all written out for your reference. You can debate interpretation with a sense of safety, knowing the bulk of scrutiny falls upon a holy text with an authority granted by consensus. Scripture is a shield. Scripture is a center of gravity. Scripture is the valve for dispassionate debate. Scripture preserves tradition and values for generations.

Why is the pope the head of the Roman Catholic Church? Where does he derive his authority? From scripture. That is the basis of his power and authority. While you can argue the interpretation of the verses used to legitimatize the Catholic hierarchy, you cannot deny that Jesus said:

And I say to thee, thou art Peter, and upon this rock I will build my Church, and the gates of hell shall not prevail against it. ~ Matthew 16:18

Converting to Pagan religions from Christianity is an immersion in iconoclastic, anti-authoritarian, and dynamic rhetoric. The conversion period, for however long it lasts, is rife with reactions against the former religion and praise for the ways in which the new religion is different from the former. It's a revolution of the soul, a rebellion, and it's a good, cleansing sort of thing. You have to make peace with your past to move forward. To mature in your faith you must pass through spiritual puberty.

One of the ways this revolution manifests is in how Pagans relate to authority. Authority is often seen as being derived by consent of the governed and nothing more. Hierarchical authority is viewed with suspicion by Pagans at large, even though this is the model of authority used by ancient Pagans and the model preferred by many Traditional Wiccan groups. Although attempts to create a codified doctrine and/or religious laws have happened in the past, they do not carry the weight of scripture, except within a few select groups.

Persons in leadership positions are often assumed to hold such positions out of ego, a desire for power over others or to control the teachings of a particular tradition. It's not often you hear of a Pagan leader praised for service to the community, for bearing the responsibility of keeping a group functional and relevant, or for taking up a holy calling. Leadership is considered a very human thing, divorced from the Divine. Though leaders are sometimes revered more for their occult/spiritual/historical knowledge than their actual leadership abilities, they are not generally considered Divinely appointed nor is a leadership position considered to be a Divinely ordained office. The authority of spiritual leaders is not conferred on them by the Divine and they consequently hold less weight in Pagan communities than in other faith traditions.

Without leadership that holds Divine authority, the authority rests in the individual. As individuals have no Divinely appointed scripture to guide them, their religious beliefs become highly personalized, and so all their discussion and expression of religion becomes highly personalized. The ability to discuss religion in an impersonal, objective fashion becomes more difficult without an agreed upon authority, whether an idea, a text or a person.

For Pagans coming from a scriptural background, this vacuum forms a strange paradox. The desire to find authoritative, definitive teachings leads them to have very strong feelings regarding Pagan writers. Authors who validate their personal beliefs are placed on pedestals, while authors who do not match their personal beliefs are considered to be suspect. While not enjoying the status of scripture, the works of an author who matches the personal belief system of a Pagan can become their highest source of authority. To put this in context, imagine a Protestant Christian holding Max Lucado or T.D. Jakes as their highest source of authority.

Using a writer as an authority gives a person flexible benefits. It is assumed authors have a reasonable quantity and quality of knowledge about the subject, and that their work is reviewed by editors, peers, and publishers. This is not always a safe assumption. An author is also at a distance from the reader, and not readily available to correct misinterpretations of the work. This distance also protects the reader from the humanity of the writer and the fallibility of human nature. Using an author as a spiritual authority gives all the benefits of an authoritative text without the commitment of scripture.