I'm going to Hell when I die.

Unlike the Christian concept of Hell, which is associated with the devil and eternal suffering, the original meaning of Hell was far simpler: it simply meant "place of the dead," or the place where something was concealed (which is an apt description of a grave). The term originally had no connotation of good or evil associated with it. Hell was simply the place where all the dead went, whether they were good or evil.

The Goddess Hel as guardian of the graves would host the dead within her Hall, but we also see some scattered mentions that the dead in other circumstances may be hosted by other deities: warriors would either go to Odin or Freya, drowned persons to Ran, maidens to Gefjon, etc.

While Hell isn't a bad place to be, there are two specific places in Hell you really do not want to visit. Nifolhel and Nastrond are areas reserved for the oathbreakers, those who spoke false oaths, those who seduced married women, and murderers, who were said to dwell in torment.

I'm on a road to Hel, and when the day comes that my life here on Midgard (earth) comes to pass (whenever that will be), I will be glad to go to Hel, where I will go to the Halls of my Gods and the Halls of my ancestors.

I know I shall find welcome.

K.C. Hulsman is a gythia of Urdabrunnr Kindred and an active member of her local Asatru community.

When Grief Comes 'Round on Cat Feet
Laura Tempest Zakroff
3 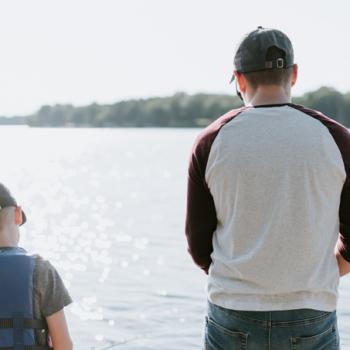 Dads, Your Humble Willingness to Apologize to Your Kids Speaks Volumes
Randy Alcorn
4 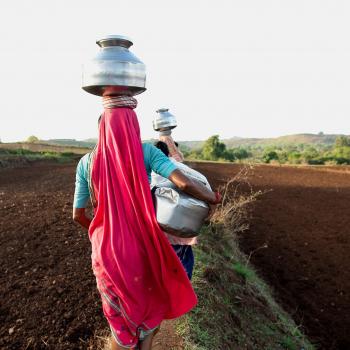 Water: 'Biggest Crisis No One Is Talking About' Says Gospel for Asia Report
GFA Staff Writer
Get Patheos Newsletters
Get the latest from Patheos by signing up for our newsletters. Try our 3 most popular, or select from our huge collection of unique and thought-provoking newsletters.
From time to time you will also receive Special Offers from our partners that help us make this content free for you. You can opt out of these offers at any time.
see our full list of newsletters
Editor's picks See all columnists