The Power of Experiential Faith

What is the future of religion? People frequently ask me this question, and I always want to respond like Dr. McCoy in Star Trek: "I'm a historian, not a fortune teller."

As a historian, I am convinced that there is little more foolhardy than trying to anticipate the future course of religion. Who, after all, would have predicted that the ancient Hebrews could escape slavery in Egypt? That a Jewish carpenter's son would become one of the greatest religious figures in human history? That an Arab orphan would receive a revelation of Allah's true word? Indeed, libraries are full of books confidently predicting the future of religion, from the writings of the Apostle Paul who thought that Jesus would return in his generation to the much-ballyhooed "death of God" in the mid-1960s.

Although certain aspects of religion lend themselves to sociological, cultural, philosophical, psychological, and economic analyses, religion is ultimately about faith -- the human response to the divine is one of the most mysterious of human activities. Religious history is composed of unexpected events, unanticipated motivations, and unlikely characters, making it about as easy to predict as falling in love. Indeed, professional futurologists do not forecast what is coming; instead, they develop maps of potential futures that people might create. As the writer of Ecclesiastes reminds, "Since no man knows the future, who can tell him what is to come?"

Despite the obvious pitfalls of this endeavor, few topics are as lively right now in religious circles as the future. Everyone from denominational leaders to political leaders wish to "see" the religious horizon. There seem to be two camps emerging around the question; one predicts a bull market of faith, the other is claiming a religious collapse. The first group points to the exponential rise of religion in the global south and the growth of fundamentalism of all sorts as evidence of increasing spiritual vitality; the second cites the development of new forms of atheism, agnosticism, and post-theism as well as growing numbers of people who consider themselves unaffiliated to support their contention that religion is eroding (or should be) and is being displaced by either unbelief or vague spirituality. Indeed, the competition between these interpretations is intense, leading to much confusion in religious institutions and denominations as well as in popular culture, the media, and politics as to the current state and future prospects of faith.

Some commentators combine the two views. Religion is growing outside the West while it is declining in West. Although I have never heard this said, I think that this interpretation is an updated version of an old thesis, one proposed in 1972 by Dean M. Kelley's book Why Conservative Churches Are Growing, in which (among other things) the author argues that "strict" or "demanding" religions succeed where more liberal, open, and tolerant faiths fail. However, as even conservative denominations are struggling with significant numerical declines, there is now evidence in United States that contradicts Kelley's oft-repeated thesis.

So, religion's most committed adherents appear to have moved Kelley's argument to a global stage. Religion in Africa, South America, and parts of Asia is succeeding because it is generally of a conservative, fundamentalist, and "demanding" sort; whereas religion in Canada, Europe, the United States, Australia, and New Zealand is collapsing because it is too inclusive, too open, and too liberal. Therefore, we have a "both-and" future for religion. We can expect an increase of various forms of conservative religion in a wide variety of ethnic, racial, and cultural forms, but there will be a corresponding loss of religious vitality in places where democratic post-modernism and post-Enlightenment inclusivism are strong.

Such arguments often seem sophisticated. Yet underneath echoes a softer thread of the old "noble savage" narrative -- that the civilized world will find its way back to God by following the paths of those untainted by Enlightenment philosophies, western guilt, and Anglo-European cultural weariness. Or, in a more overtly negative form, a kind of implicit racism taints the discussion by arguing that non-western religions are somehow less tolerant, less peaceable, less intellectually sophisticated, and theologically undeveloped and therefore can be expected to eventually "mature" or "moderate" like western religions. In other words, the current framework for thinking about the future of religion around the world is deeply inadequate and is still intertwined with (mostly) Christian theological and apologetic concerns. 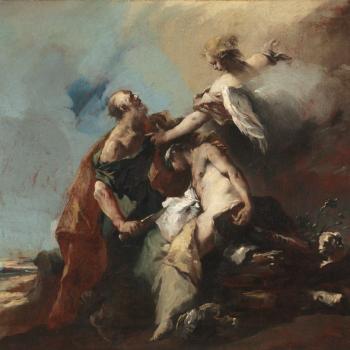 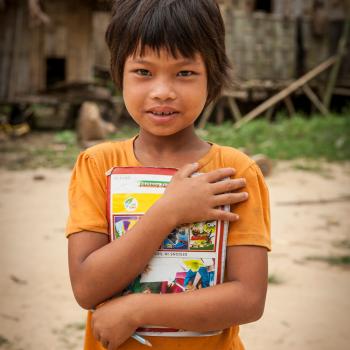 Water and Light Soaking into the Earth: Seeking a Common Ground for all...
James Ford
4

Because Survival is Insufficient
Vance Morgan
Get Patheos Newsletters
Get the latest from Patheos by signing up for our newsletters. Try our 3 most popular, or select from our huge collection of unique and thought-provoking newsletters.
From time to time you will also receive Special Offers from our partners that help us make this content free for you. You can opt out of these offers at any time.
see our full list of newsletters
Editor's picks See all columnists