Progressivism: The Snobbery of Chronology 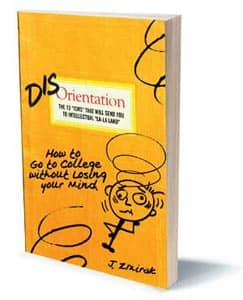 Though snobbery was once quite popular and even socially acceptable in Europe, it was never popular in America. But one form of it still is, in both continents: chronological snobbery. The only people it is still polite to be snobbish toward is our ancestors, those who can’t talk back because they are dead. (Most people are, you know. We are the small and arrogant oligarchy of the lucky-to-be-living.)

A clever debater once accused William F. Buckley of having “one of the finest minds of the thirteenth century.” Buckley replied, “I don’t deserve that compliment.” Buckley was not a progressivist; his debate partner was.

That debater was the kind of person who uses the term “medieval” to mean not only “the millennium between about 500 and 1500 A.D.” but also “primitive, superstitious, and unenlightened.” Indeed, the very term “Middle Ages” was coined by the progressivists of the so-called “Enlightenment” as a term of insult: the “Middle” Ages were in the middle between the two ages that were enlightened, namely pre-Christian paganism, especially the Greeks and Romans, and the new paganism of the post-Christian “Enlightenment.” (Of course, from the Christian point of view, that period was in fact was the great Endarkenment.) One polemicist called the Middle Ages “a thousand years without a bath.”

The fallacy of Progressivism is peculiarly modern. In fact, as we have just seen, the typically modern use of that very word “modern” to carry a (positive) value judgment is part of the fallacy. But the fallacy goes back to the Book of Job, who detected it in his three “friends” and repelled it with the famous bit of sarcasm: “No doubt you are the people and wisdom began with you!” It has also been called “the Whig theory of history,” “The Idea of Automatic Progress,” “Americanism” (by a papal encyclical, no less -- see Ch. 12), and “Presentism.” The term “chronological snobbery” comes from C.S. Lewis (to my mind the clearest and most useful Christian writer since Thomas Aquinas) in his autobiography Surprised by Joy, where he gives his friend Owen Barfield credit for inventing it.

Lewis defines and refutes it at once as

the uncritical assumption that whatever has gone out of date is on that account discredited. You must find out why it went out of date. Was it ever refuted (and if so by whom, where, and how conclusively) or did it merely die away as fashions do? If the latter, this tells us nothing about its truth or falsehood. From seeing this, one passes to the realization that our own age is also ‘a period,’ and certainly has, like all periods, its own characteristic illusions. They are likeliest to lurk in those widespread assumptions which are so ingrained in the age that no one dares to attack or feels it necessary to defend them (Surprised by Joy, pp. 207-208).

Thus chronological snobbery is the identification, or confusion, of “change” with “progress.” “Progress” is a value-laden term: it means not just change but change in a certain direction, change for the better. It is like a graph in geometry that charts the movement of some entity (a business, a body’s growth, a football player’s “forward progress”) not only horizontally, from past to future, but also vertically, from worse to better.

The typically modern mind is 1) skeptical of absolute, unchanging standards and 2) in love with the idea of progress. But this is a logical impossibility, a self-contradiction. Without an unchanging standard, there can be no progress, only change. To such people, “progress” means no more than “change,” and therefore “change” means the same as “progress.”

Only a people both jaded and bored by the past and the present, and also skeptical of any “vertical dimension,” any absolute and unchanging standard, could possibly be so moved by the single word “change” that a presidential candidate could win an election by using that single word as his campaign slogan. Why not instead “Rutabagas”?