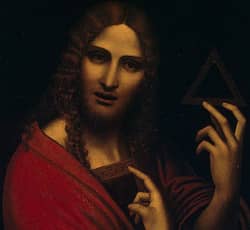 The Gods: Dionysos, called The Womanly One, dancing in a woman’s chiton with the symbol of his castrated masculinity on a staff.

Shiva, the Lord Who Is Half Woman, whose priests wear their hair up on one side and down on the other, as a sign of His nature.

Lilith, the Hairy Goddess who spawned the sex-changing incubi and succubi.

Agdistis, the sacred hermaphrodite who was maimed like so many intersex infants today.

Aphrodite Urania, the Bearded Aphrodite of Cyprus who gave her title to masculine women and feminine men in Victorian-era Germany.

Ellegua, who appears with an enormous phallus or as a little girl.

Coyote, who removes his penis and lends it out, having adventures as a woman.

Loki, who turns into a mare and births children.

Athena, the archetypal stone butch who dresses as a man and allows no one to touch her.

They all weave their way through our Pagan mythology. When I went in search of Them, I was amazed at how many I found. Of course we are here, They said. We are part of the earthly experience, just like all the other Gods. Just like I am part of the human experience, even if modern humanity would prefer to ignore that.

I stand to give the invocation, and the long skirt that I wear blows around my ankles. My hair is long, and so is my beard. My voice is a light tenor that sounds male but could pass as female. My chest is bare -- flat, covered in a thick pelt of hair that hides the scars from where my breasts were removed. What’s under my skirt is not visible . . . but it is not normal for either man or woman. My hormones have been all over the spectrum. I am a being of the in-between, two-in-one, the Sacred Third, one of the earthly images of the Gods I began this piece by saluting. And I am, for many people, a truly terrifying creature.

In medical terms, I’m a transgendered intersexual. What that means is that I was born with one of many intersex disorders (in my case, secondary congenital adrenal hyperplasia) that sculpted me with both male and female hormones from puberty onward, and I was raised in one social gender and chose to transition into the other one. In shorthand . . . I’m both, raised female, now living as male, but still and always both. The Gods that I work with have taught me that this is a sacred path, a way of being in the world that is desperately needed. The rift between male and female has grown to confusing and epic proportions, and someone needs to stand in the middle, extracted from the gender war, and tell each side about the other.

I am a Neo-Pagan, and a Northern Tradition shaman. In Old Norse, the word for me was ergi or argr, an ambivalent word with a host of meanings: one who transgresses social gender norms, one who engages in gender-inappropriate sexual practices, one who is a sorcerer, one who is a coward (meaning a man who chose not to be a warrior), one who is an oath breaker (refusing to abide by the ordinary rules of society). Connecting some of those threads is a constellation of meaning that is reflected miles away in the same circumpolar range -- Siberian shamans who changed gender as part of their path to gaining spiritual power. They combined social and sexual gender-crossing with magic and service to the community, a community which at that time had roles for them that were limited to neither gender. When I realized, after a near-death experience and an onslaught of spirits, that I was to be a shaman in my tradition (we don’t have the word for what I would have been in those ancient times anymore, so we borrow that word), it was a breakthrough for me to realize that my gender was hardly an anomaly in that position. Far from being a challenge, it was the only career in which it seemed to be a definite advantage.

This is not to say that all people who live physically in between male and female are shamans; at least in my tradition that’s a much more specific job that requires, among other things, coming very close to death. However, there is deep spiritual power in living in the space Between, which seems to be part of the reason for the high numbers of us in that role -- and not just in the circumpolar area, but in many places in the ancient and modern world. However, even third-gendered non-shamans have a special role to play; just being someone who is in-between in this world can be an important part of one’s spiritual path.

I pass as male, without question, but I’ve lived as female, male, both, neither. I know what it is to be seen and treated by people who place you in each role. I know what it is to understand the spiritual essence of female and male as expressed viscerally in the body through the magical workings of estrogen and testosterone, something that no one understands until they’ve been pushed hormonally to each side. I’ve experienced the miracle of shapeshifting -- quite literally, watching the flesh morph from one set of gender characteristics to another. I understand why this is a path of great power, giving a perspective outside of the unthinking “programming” that most people plod through about their gender. Which fish discuss water? asks the Zen proverb. The answer: The drowning ones.