Why Standards Night Is Substandard

Why Standards Night Is Substandard:
Teaching Sexuality to the Young Women 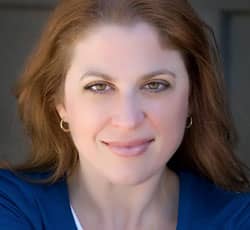 A recent media spotlight on the topic of female sexuality* revealed that the model of sexuality currently used in popular science and culture is consistently accurate for men but not for women. Reportedly this straightforward model, which presumes attraction to only one gender that emerges early in life and doesn't change over time, cannot account for the wide variety and complexity in women's reported sexual experience -- an inadequacy I'll be researching and writing about over the coming year. Here let me address a related inadequacy apparent in the model of emerging sexuality we typically use in the youth programs of the Church. Although well-intentioned, our default model is biased toward male experience and fails to address the multi-faceted needs of all our youth, especially our young women.

Our standards nights and chastity lessons usually focus on the dangers of strong sexual desire. Predictably, we exhort young men to bridle their libidos, which we describe as wild beasts that must be restrained until domestication in marriage, and we caution young women to avoid arousing and indulging the young men -- tempting the beast out of its cage, so to speak.

It's a troubling model for a number of reasons, but I'll address just one:  by focusing on physiological motivators for teenage sex, we completely overlook significant psychological motivators. This oversight shortchanges all youth, and exacerbates the risk of young women's needs flying under the standards night radar completely. After dismissing libido as a serious issue for them (which may be a mistake in and of itself), we turn their attention to assisting their male peers without even considering other compelling reasons for sexual behavior. In our outreach we miss the mark by emphasizing virtue, modesty, and chastity without considering what might motivate a young woman to eschew the same.

While the issue of runaway lust dominates our cultural discourse on morality for youth, LDS leaders have taught a more nuanced perspective on motivations for sexual behavior. In an address about the law of chastity, President Ezra Taft Benson said:

I recognize that most people fall into sexual sin in a misguided attempt to fulfill basic human needs. We all have a need to feel loved and worthwhile. We all seek to have joy and happiness in our lives. Knowing this, Satan often lures people into immorality by playing on their basic needs. He promises pleasure, happiness, and fulfillment.

Admirably this quote goes beneath the surface behavior we're quick to demonize and acknowledges that sexual transgression doesn't necessarily stem from overwhelming sexual desire. While this may hold true for any person, it surely holds true for young women whose sexuality is barely awakened. To put it simply, thirteen-, fourteen-, and fifteen-year-old girls don't have sex because they desperately want sex. They have sex because they desperately want something else. President Benson points out several psychological necessities we mistakenly seek through illicit sex -- love, joy, fulfillment -- and I'd like to point out another, one with particular implications for young women. Since all my material is anecdotal, I'll share my thoughts in the form of a personal essay.

The arising of novel and coherent structures, patterns and properties during the process of self-organization in complex systems. ~ Jeffrey Goldstein

Elizabeth is swinging. From my desk I can see her suspended in one of the backyard swing set's blue vinyl seats, a pendulum moving in rhythm. At seventeen, she's almost too old to be swinging, her body almost too large. Last month her weight snapped the rusty hinges one by one and we had to buy new ones, but she didn't care. This summer, her last before high school graduation, she's clocked dozens of hours on the swings, sans ipod or cell phone or any other distraction. "I like swinging," she says. "It helps me think."

I like her swinging, too. I like hearing the dull groan of the swing set's old wooden beams and the shrill squeak of its new hinges, even at midnight. I like to watch my daughter through the sliding glass door in the kitchen, the sharp angles of her joints blurring with motion. She's built like her father, broad-shouldered and long-limbed, lithe and muscular, and I like seeing her body work the swing, making it lift her above the surface of the earth. With smooth kinetic energy she rides the cusp of womanhood, charged with the power of emergence.