As an example, consider the case of the loaves and fishes, an incident in the life of Jesus recorded by all four Gospel writers. Jesus is speaking to the multitudes, and the listeners grow hungry. The apostles only have five loaves and two fishes: These are scarce goods. They could have thrown them into the air and created a food riot over who got what. They could have opened a market and sold them food at a very high price, rationing them by economic means. Both solutions would produce outrageous results.

Instead, Jesus had a different idea. He turned the scarce bits of food into non-scarce goods by making copies of the scarce food. The multitudes ate and were full. Then the food evidently turned back into scarce goods, because the story ends with Jesus instructing his disciples to collect what is left. Why collect what is non-scarce? Clearly, the miracle had a beginning and end.

The story nicely illustrates the difference between a scarce and non-scarce good. Jesus often used this distinction in His parables, which are mostly stories about the scarce world told in order to draw attention to truths about the non-scarce world. Think of the merchant who bought pearls at a low price and sold them at a high price. One day he found the pearl of the highest possible value, and he sold all he had just to buy and hold it. The pearl, of course, represents salvation and the love of God -- non-scarce goods, because there is enough for everyone who desires them.

We are in fact surrounded every day by non-scarce goods exactly like the loaves and fishes. All ideas are of this nature. I can come up with an idea and share it with you. You can possess it, but in so doing, you do not take that idea away from me. Instead, you hold a replica of it -- just as real and intact as the original version. Words are this way: I do not need to parse them out in order to save some for myself. Tunes in music are this way, too. I can sing a tune to you, and you can repeat it, but this action does not remove the tune from me. A perfect copy is made, and can be made and made again unto infinity.

This is completely different from the way things work in the realm of scarce goods. Let's say that you like my shoes and want them. If you take them from me, I do not have them anymore. If I want them again, I have to take them back from you. There is a zero-sum rivalry between the goods. That means there must be some kind of system for deciding who can own them. It means absolutely nothing to declare that there should be something called socialism for my shoes so that the whole of society can somehow own them. It is factually impossible for this to happen, because shoes are a scarce good. This is why socialism is sheer fantasy, a meaningless dreamland as regards scarce goods.

The difference between scarce and non-scarce goods has long been noted within the Christian milieu. St. Augustine was once challenged to explain how it is that Jesus can speak for the Father in heaven though the Father is separate. He responded that there is a special non-scarce nature associated with words so that the Son can speak the same words and possess the same thoughts of the Father.

This is true on earth, too, Augustine continued:

The words I am uttering penetrate your senses, so that every hearer holds them, yet withholds them from no other. . . . I have no worry that, by giving all to one, the others are deprived. I hope, instead, that everyone will consume everything; so that, denying no other ear or mind, you take all to yourselves, yet leave all to all others. But for individual failures of memory, everyone who came to hear what I say can take it all off, each on one's separate way.

In saying these things, Augustine was both establishing and following up on a tradition that prohibited the buying and selling of non-scarce things. Jewish Halachic code prohibits a rabbi or teacher to profit from the dissemination of Torah knowledge. He can charge for time, the use of a building, the books, and so on, but not the knowledge itself. The Torah is supposed to be a "free good" and accessible to all. From this idea also comes the prohibition on simony within Christianity.

The moral norm is that non-scarce goods should be free. There is no physical limit on their distribution. There is no conflict over ownership. They would not be subject to rationing. This is not true with regard to material goods.

To further understand this, let's try an alternative scenario in which a non-scarce good like salvation (non-scarce because it is infinitely replicable) is actually a scarce good that must be rationed. Let's say that Jesus had not offered salvation to all but instead had restricted the number of units of salvation to exactly 1,000. He then put His apostles in charge of allocating them. (When I mentioned to this to a non-believing friend of mine, he said: "You mean like tickets to Paradise? I bought five of those in a Mosque in Istanbul!") 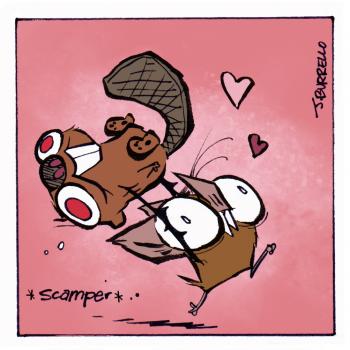 Preacher Who Allegedly Tried to Pay Men for Sex Credits Angels with His...
Hemant Mehta
3

Appearing to the 500-Plus: Debating the Evidence.
Jonathan MS Pearce
4

"To Touch the Face of God"
Chris Gehrz
Get Patheos Newsletters
Get the latest from Patheos by signing up for our newsletters. Try our 3 most popular, or select from our huge collection of unique and thought-provoking newsletters.
From time to time you will also receive Special Offers from our partners that help us make this content free for you. You can opt out of these offers at any time.
see our full list of newsletters
Editor's picks See all columnists