With God's Grace... And A Little Help From My Friends 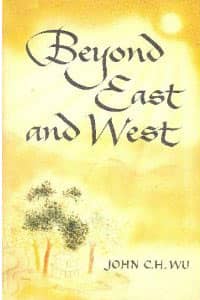 When I was a newly minted Marine, fresh out of boot camp and on my way into life, I was certain that I could lick it. Everything was possible, and all would be right in the world. Well, maybe not the whole world, but my world would be just fine. I realized that I was no all-powerful genie, but I had complete confidence in me, myself, and I. The winner, which I knew I was, would take all.

This delusion persisted for quite some time.

It wasn't until much, much later, see, when I had a sneaking suspicion that all was not right in my world, that I started to come to my senses. But early on? I was a young man in a hurry, and my buddies and I used to enjoy singing our own praises.

We had neat slogans we would use that connoted our superiority, such as "Non-hackers need not apply," or "If you can't hack it, pack it!" I had no problem making statements like these, because I knew that I could most definitely hack it.

The really amusing thing is, after all that self-congratulatory backslapping and self-aggrandizement, I didn't really have much to show for it. For such a young man in a hurry, I seemed to be seriously heading nowhere, and fast.

Ironically, when I was trying to prove the falseness of Catholicism, by reading as much as I could, searching for ammunition, I was confronted with stories of guys just like me who fell in love with the Church. I didn't plan it that way, but that is how it unfolded. I've written about how some of these long dead Catholic guys, like Blaise Pascal and Thomas Merton, helped to make a convert out of me.

In my case, Merton’s conversion story especially resonated. Not because of his being a successful writer or professor of English. And definitely not because he was a literary genius. I'm not like that at all. It was the hell-raiser side of him that resonated. I was just like that, if not more. Heck, given half a chance, I bet I could have made Thomas blush, or at least stand back in wide-eyed amazement, at the latest stunt I had pulled.

But by the grace of God, I snapped out of it, just like Merton and my buddy Blaise. I was led to realize that Frank's plan was heading to oblivion, and I gave up trying to be the master of the universe and decided to let God handle that task.

Nowadays, I need help to stay on my new course. I thank God for the Church and Her Sacraments, because I need to avail myself of every one of them to survive in this world, and make it to the next one. I recently met some new friends and surprisingly, the same discovery had occurred to them. They too must have read this passage from St. Paul's letter to the Corinthians,

The message of the cross is foolishness to those who are perishing, but to us who are being saved it is the power of God. For it is written: "I will destroy the wisdom of the wise, and the learning of the learned I will set aside."

For Jews demand signs and Greeks look for wisdom, but we proclaim Christ crucified, a stumbling block to Jews and foolishness to Gentiles, but to those who are called, Jews and Greeks alike, Christ the power of God and the wisdom of God. For the foolishness of God is wiser than human wisdom, and the weakness of God is stronger than human strength. (1 Corinthians 1:18-25)

And the beautiful thing is, they too saw Catholicism not as some interloper of Western Imperialism, but as what I see, which is Truth. I'm writing now of my two newest Catholic comrades: John C.H. Wu and Lou Tseng-Tsaing. Henceforward, I'll refer to this pair simply as John and Lou.

Just the other day the public library called to notify me that John's autobiography Beyond East and West had arrived and was ready for pick-up. It was five minutes before they closed on a Friday when I got the message on my phone. My weekend was chock-full of activities too, so I had to wait until after lunch on Monday to pick up the book. Over the weekend, instead of reading about John’s life, I discovered the story about his friend (and mine), Lou, and I shared with you his amazing story.