Beyond Pride: A Pagan Man’s Vision 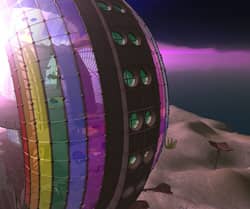 It’s all about perspective.

All the Wrong Stuff.
Growing up I wanted to be an inventor. Freshman year there was a three-month long “Young Scientist” camp. As soon as I heard about it I rushed to sign up, only to be told that the program relied on Equal Opportunity Act Funding. If I had been a Woman, Gay, a Minority, or practiced Hinduism or Islam there were seats waiting for me. Unfortunately, I was a Straight White Christian man. I didn’t get to go to Young Scientist Camp even though there were empty positions. Needless to say, I was hurt that I wasn’t able to do something I truly wanted because my Gender, Race, Sexual Identity, and Faith weren’t the “right ones.”

The Cycle Stops with Us.
During my sophomore year in high school I saw a group of my classmates carrying a freshman into a trashcan. I ran over to help him. As I stopped my classmates they screamed, “But it’s haze week!”

“So what?” I asked. “When you were a freshman did you get trash-canned?”

“Yeah it sucked! But now it’s our turn!” they responded.

“Wouldn’t it have been cool if you’d been welcomed without the hazing?” I asked.

“So then, why don’t we improve things? Let’s skip the hazing,” I finished.

As far as I hear, the tradition of hazing never made major a comeback at Hug High School.

I grew up confident in my Race, my Gender, and my Sexuality. (Well, at least confident that it was okay to be straight; sexuality is a matter for another article entirely.)

Unfortunately what I thought was confidence in my Faith was actually pride, and as the quote goes: Pride Go-eth before a fall. I spent years seeking before I chose this unconventional spirituality where my peers tend to be Gay, Minorities, Women, or all of the above.

Suddenly I started understanding the consequences to being in the minority. I lost jobs, friends, and clients because of people who wouldn’t accept me as I was. Sure I could have hidden it, but I’m an Ares with seven fire signs in my chart . . . it’s just not my way.

On top of that change, now I consistently deal with peers who feel I’m one of the bad guys. I commonly experience knock-you-down-to-feel-better-about-myself harassment at pagan events. Oddly, I’m okay with that. Here’s why.

Climbing Up to Pride.
While we think of Fear, Anger, and Pride as some of the stronger emotions, they are actually rather low on the scale. However, perspective is everything. To someone who has lived in shame, despair, and fear, pride seems pretty sweet!

Unfortunately pride tends to be divisive (I’m better than you) and that was where most Americans were. Since they have to be better than someone they lash out; and prideful people most commonly attack Minorities, Women, GBLT, and “Weird Faiths.”

Constantly being bullied pushes people into lower emotions. Sure we can be strong and overcome, but many don’t. Unfortunately, we can't be lifted back up. The ladder of emotions needs to be climbed step by step, and the easiest position to quickly climb and hold onto is pride.