But even at this nascent stage of cooperation, tensions simmered beneath the surface. In 1902, Henry M. Turner, Bishop of the African Methodist Episcopal Church in Atlanta, was dismayed that the United States government had sent diplomatic cables to Romania and Russia protesting the treatment of Jews in these foreign countries. Turner condemned the pogroms but added that, “Surely the United States Government cannot be more sensitive over the wrongs inflicted on the Semitic people in Romania than over the ignominious disgraces heaped upon the Afro-Americans, its citizens, by its white citizens. And the same as it can issue a note to the powers on behalf of the Hebrews, it can issue an order, a comment to the various states for a better treatment of its colored citizens.” This complaint would be voiced again and again by African Americans throughout the 20th century.

It was not until the rise of the Nazis in the 1930s that mainstream Jewish organizations like the Anti-Defamation League -- which until that time had consciously distanced itself from the African American struggle -- sought allies in the struggle against fascism. The African American community was eager to cooperate, not only because it empathized with the plight of the Jews as another oppressed minority, but also because fascism -- at home and abroad -- threatened it as well. In a fiery address at Madison Square Garden in 1942, A. Philip Randolph, head of the Brotherhood of Sleeping Car Porters, told the largely African American audience: “no Negro is secure from intolerance and race prejudice so long as one Jew is a victim of anti-Semitism or a Catholic is victimized.” The refrain, echoed by prominent civil rights leaders like Adam Clayton Powell and Ralph Bunche, was that injustice anywhere threatened justice everywhere. As such, neutrality and apathy in the face of hate were not an option.

The success of the war alliance set the stage for joint political activism. Furthermore, for the first time the political demands of blacks and Jews fell upon the receptive ears in the general public. “Coming out of the war, and the Holocaust in particular, the American people have now seen the physical consequences of racism in the form of gas ovens,” says Greenberg. Speaking in 1952 on “The Negro and the Warsaw Ghetto,” W.E.B. DuBois argued that the race problem “cut across lines of color and physique and belief and status and was a matter of cultural patterns, perverted teaching and human hate and prejudice, which reached all sorts of people and caused endless evil to all men.”

The strength of the black-Jewish bond was particularly evident in how African Americans responded to the founding of Israel. In 1948, the NAACP adopted a resolution at its annual conference proclaiming that “the valiant struggle of the people of Israel for independence serves as an inspiration to all persecuted people throughout the world.” Walter White -- the head of the NAACP at the time -- personally lobbied the Liberian and Haitian delegations to the United Nations to support the resolution.

DuBois held up Israel as an example of progressive liberation from colonial rule, celebrating what the Jews had already accomplished in “bringing a new civilization into an old land.” In search of their own Jerusalem, many blacks were strengthened by the moral example of an anti-colonial movement that not only brought a long exiled people back home, but successfully defended its turf.

The groundwork for what was to become the civil rights movement of the 1950s and 1960s was set. After all, it was thought, equal opportunity for one means equal opportunity for all. In those days, as the writer Paul Berman recalled in a volume of essays he edited titled Blacks and Jews, “It was almost as if to be Jewish and liberal were, by definition, to fly a flag for black America.” “It became a mitzvah to give to civil rights groups,” says Greenberg.

In 1963, at the National Conference on Religion and Race in Chicago, Rabbi Abraham Heschel delivered a speech in which he argued that the modern Exodus was not yet complete, for “it was easier for the children of Israel to cross the Red Sea than for a negro to cross certain university campuses.” Slavery was a cultural touchstone for Jews and recent history for blacks, and Heschel seized upon this as a powerful unifying theme. In the crowd that day was the Reverend Martin Luther King Jr., who would later recall that Heschel’s speech “inspired clergymen of all faiths to do something they had not done before.” Heschel went so far as to embrace the crisis in black America as God’s gift to the nation: “the test of our integrity, a magnificent spiritual opportunity.”

In 1964, King and Heschel published companion essays, both titled “What Happens to Them Happens to Me.” In his contribution, Heschel traced the origins of his steely conviction to the moral passion of the Torah: “You shall not stand by the blood of your neighbor” (Leviticus 19:16). Heschel walked alongside his friend King in the historic 1965 voting rights march from Selma to Montgomery. 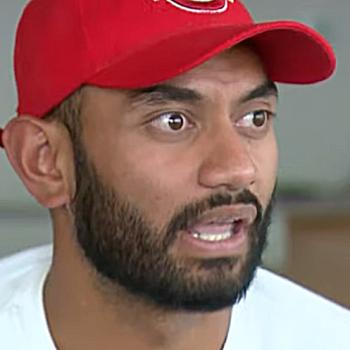 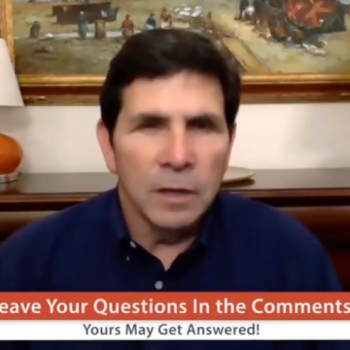 Lying Christian: A Music Professor Said "Sheet Music" is Banned for Being...
Hemant Mehta
Get Patheos Newsletters
Get the latest from Patheos by signing up for our newsletters. Try our 3 most popular, or select from our huge collection of unique and thought-provoking newsletters.
From time to time you will also receive Special Offers from our partners that help us make this content free for you. You can opt out of these offers at any time.
see our full list of newsletters
Editor's picks See all columnists