Moreover, evangelicals and Mormons outperformed everyone else in biblical knowledge. On some of the biblical knowledge questions, the performance of Mormons and white evangelical Protestants outdistanced atheists and agnostics by tens of percentage points. It’s not actually valid to say that atheists and agnostics know more about Christianity than these two groups do. That assertion would rather apply, with qualifications, to atheists/agnostics versus mainline Protestants and Catholics. (And among the latter, it should be pointed out, performance is merely lower as a percentage of the respondent pool, not non-existent. I have known a number of well-educated Catholics and mainline Protestants who could have answered most of the questions in this survey correctly.)

Overall, with the exception of evangelical Protestants’ poor identification of Martin Luther’s role in the Reformation, Mormons and white evangelicals know basic information about Christianity at higher percentages than atheists and agnostics do.

But if we presented the results of this survey to Jesus, I think he would answer with the two great commandments and the Sermon on the Mount. We may know who Maimonides was; we may know that most Indonesians are Muslims; but do we know how to bless those who curse us? Do we know how to forgive? How to wait on the Lord with meekness and humility? Do we truly believe that good overcomes evil? Do we, in short, have the mind of Christ?

If we can look to the left of us and to the right, and see people who are learning to have the heart and mind of Jesus regardless of their level of education or income -- if we can do that, then we can rejoice in the performance of our faith. That is the test that matters.

J.E. Dyer is a retired Naval intelligence officer and evangelical Christian. She retired in 2004 and blogs from the Inland Empire of southern California. She writes for Commentary's CONTENTIONS blog, Hot Air’s Green Room, and her own blog, The Optimistic Conservative. Follow her on Facebook and Twitter. 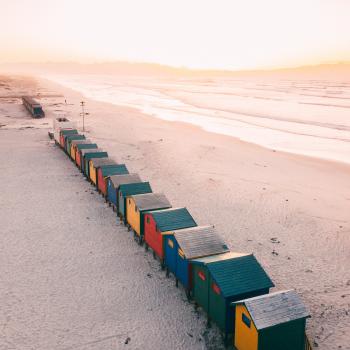 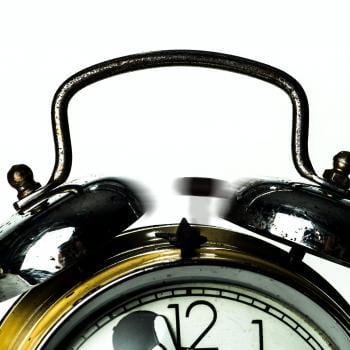 How Does This Make You Feel?
Willis Joey
3 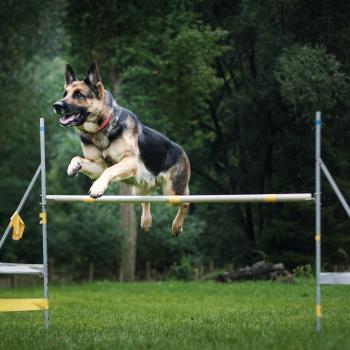 Bomb-Sniffing Dogs Detect Televangelists
Andrew Hall
Get Patheos Newsletters
Get the latest from Patheos by signing up for our newsletters. Try our 3 most popular, or select from our huge collection of unique and thought-provoking newsletters.
From time to time you will also receive Special Offers from our partners that help us make this content free for you. You can opt out of these offers at any time.
see our full list of newsletters
Editor's picks See all columnists