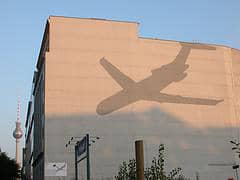 I recently left New York City just as I was growing comfortable with my religious identity as a Pure Land Buddhist. After years of intense investigation into Buddhism, many hours of painful cross-legged sitting, and a drawn-out struggle to determine how literally I had to take concepts like “transcendent Buddhas” and “otherworldly realms of happiness,” I decided to commit to the Jodo Shinshu tradition of Pure Land Buddhism. Jodo Shinshu is an 800-year-old lineage that stresses sincerity, humility, naturalness, and gratitude as the keys to living an authentic life.

Leaving New York was the right decision -- I gave up on the crowding, the commutes, and the general ugliness of the concrete jungle -- but there are no Jodo Shinshu temples within hundreds of miles of where I now live in North Carolina. So, once a month, I’m forced to return to my home temple in New York to connect with my Sangha, my community of fellow practitioners, and to participate in a training program for lay teachers. The only problem is that to get there, I have to fly.

Even before terrorists crashed planes into the Twin Towers, air travel terrified me. There’s something profoundly counterintuitive about climbing aboard a 400-ton metal contraption loaded with 50,000 gallons of highly flammable fuel in order to fly several miles up into the thin air. Especially when the nightly news regularly feeds us spectacular images of planes blowing up or falling out of the sky like meteors, often for no greater reason than faulty wiring or an unfortunate encounter with a seagull.

When you’re risking your life in the face of fiery death 30,000 feet above sea level, you focus on the essentials. Why am I doing this? I’d ask myself. What do I hope to accomplish? How did I get from being an agnostic science major to a vegetarian Buddhist chanting my way across America? What is it about Pure Land Buddhism that leads me to step onto this deathtrap?

Unlike the more chic lineages of Zen and Tibetan Buddhism, Pure Land is a lay-oriented tradition that seeks to ensure the swift enlightenment of everyone, no matter how deluded they are. It centers on the mythic Amida Buddha, a symbol of the ultimate nature of reality, who unconditionally accepts all into the Pure Land of Bliss at the end of their lives. A major denomination of Pure Land Buddhism, and the first to actively spread to North America in the 1800s, Jodo Shinshu focuses on developing a mind of deep gratitude toward Amida and all things in our lives. Rather than formal seated meditation, the main practice of Jodo Shinshu is a sacred chant known as nembutsu: “Namu-Amida-Butsu” (“I entrust myself to the Buddha of Infinite Light and Life”).

This focus on gratitude toward all as essential to our awakening, and the ideal of equality of all beings without distinction, were powerful parts of Jodo Shinshu’s appeal for me. Jodo Shinshu seems to lack the arrogance and self-centeredness I’ve encountered in other Buddhist traditions. Too often people seek to meditate their way into enlightenment, and harbor pride -- in their ability to adhere to codes of morality, or because they’d received the most powerful initiations from the most famous gurus. After years of practice in Zen I found these very attitudes developing within myself. But in Jodo Shinshu there are no spiritual elites, just fellow practitioners, all equal in the embrace of Amida’s compassion and wisdom. And chanting nembutsu is a practice available to all people in any situation, not just those who can afford to sit on a cushion for hours on end or pay for expensive retreats.

There’s a famous passage in the Tannisho, a basic scripture of Jodo Shinshu, in which the founder, Shinran, addresses pilgrims who have braved a war-torn countryside to reach him: “Each of you has come to see me, crossing the borders of more than ten provinces at the risk of your life, solely with the intent of asking about the path to birth in the land of bliss.” This passage replays in my head whenever I go to the airport. I steel myself to travel hundreds of miles through the freezing atmosphere, helpless before the power of weather, mechanics, and terrorism, in order to listen to the Dharma. Every time the pilot turns on the seatbelt light, I realize that, against all odds, I have found a sort of faith.