Riding his horse one day in the plain of Assisi, Francesco chances upon a "leper," as they were called, that is, a person suffering from any of the variety of skin diseases so common in those days. From childhood, the delicate Francesco has had a horror of lepers; his whole being is revolted by the sight of the man. Yet somehow, since his dream, he understands that his life is being changed. Grasping the demands of his new call, Francesco dismounts and prepares to embrace the man.

In her book Salvation, Valerie Martin traces the story of St. Francis backward in time, beginning with his death and ending with the meeting of the leper on the road, an encounter which she describes in mystical terms. The embrace therefore becomes the poetic climax of her narrative, and is indeed a pivotal event in the conversion of the rich young man. Her lovely retelling deserves to be quoted at length:

Carefully Francesco places a coin in his open palm, where it glitters, hot and white. For a moment he tries to form some simple speech, some pleasantry that will restore him to the ordinary world, but even as he struggles, he understands that this world is gone from him now, that there is no turning back; it was only so much smoke, blinding and confusing him, but he has come through it somehow, found the source of it, and now, at last, he is standing in the fire. Tenderly he takes the leper’s hand, tenderly he brings it to his lips. At once his mouth is flooded with an unearthly sweetness, which pours over his tongue, sweet and hot, burning his throat and bringing sudden tears to his eyes. The tears moisten the corrupted hand he presses to his mouth. His ears are filled with the sound of wind, and he can feel the wind chilling his face, a cold, harsh wind blowing toward him from the future, blowing away everything that has come before this moment, which he has longed for and dreaded, as if he thought he might not live through it.

From this time forward, Francesco begins visiting hospitals, giving even more of his money to the poor, and sometimes even his clothes. Walking outside the walls of Assisi one afternoon, Francesco, still wondering what path his life would take, stumbled into an old church that had fallen into disrepair, called San Damiano.

As he stares at the large crucifix hanging in the church, he begins to meditate on the passion and death of Jesus, and he weeps for his own sinfulness. In the midst of this meditation, Francesco hears Christ speaking to him from the Cross. "Francesco," the voice says to him three times, "Go and repair my house which you see is falling down."

Francesco is thunderstruck. But he is certain about what he needs to do. God has asked him to repair the church at San Damiano. So he confidently goes to his father's warehouse, steals away a bolt of scarlet-colored cloth, sells it, and brings the proceeds to the parish priest and asks to stay there in order that he might help rebuild the church. But here the saint is mistaken. God is asking him to repair the church, not a church.

By now Francesco's appearance appalls the people of Assisi. Dressed in rags and begging for his meals, he brought shame to his family. His father, furious over the loss of his money, and probably equally upset about his son's ignominious behavior, carries Francesco home, shackles his feet and locks him up, until his mother sets him free. He promptly returns to San Damiano to begin his repairs. Further enraged, Bernardone brings public charges against Francesco. He insists that his son either return the money he had stolen or renounce his patrimony and return home.

On April 10, 1206, after being summoned by the bishop to account for his actions, Francesco stands before a crowd of townspeople in the square of Assisi, not very far from his father's house. The bishop tells Francesco to return the money, and place his trust in God. Francesco does what he was told and "with his usual literalness," as Butler's Lives of the Saints says, Francis adds this: "The clothes I wear are also his. I'll give them back." With that, he stripped off his clothes and laid them at his father's feet, and stood naked in the square.

The gesture would be just as shocking today. The bishop wept, stunned by the force of Francesco's actions, and wrapped the young man in his cope. The symbolism is thus complete. Francesco has stripped himself of his allegiance to his father (and, incidentally, to his father's business as a cloth merchant) and is wrapped in the protection of the church. He has thrown himself entirely on God's providence. He has abandoned the pride of his youth. He has embraced a life of radical poverty, in imitation of Christ. Sister Poverty would be, "the fairest bride in the whole world, in imitation of Christ." And he has engaged in what would have been seen at the time as an act of public penance.

Defending the Hallucination Theory - Part 8: Too Many Witnesses
Bradley Bowen
2 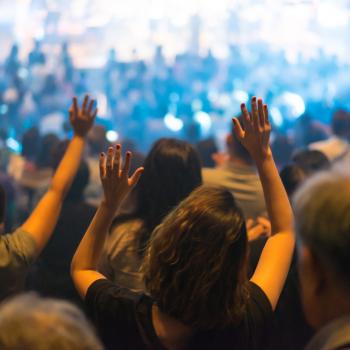 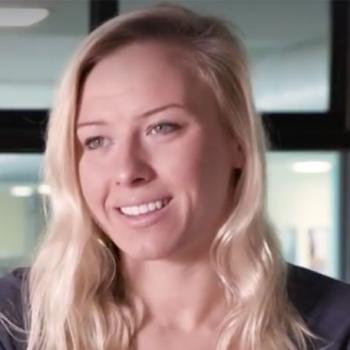 A Paralympic Swimmer’s Story and the Value of Every Child’s Life, No Matter...
Randy Alcorn
Get Patheos Newsletters
Get the latest from Patheos by signing up for our newsletters. Try our 3 most popular, or select from our huge collection of unique and thought-provoking newsletters.
From time to time you will also receive Special Offers from our partners that help us make this content free for you. You can opt out of these offers at any time.
see our full list of newsletters
Editor's picks See all columnists