The Law Is Not a Tool of Transformation 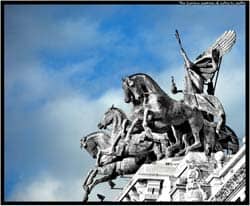 David French's recent column, "Social Conservatives are Small-Government Conservatives," resonated strongly with me. His point, which needs to be reaffirmed often, is that being a social conservative does not mean wanting to enlarge government to control other people's behavior on a more expansive scale than government does today.

This misperception is common among self-styled "economic conservative/social liberals," many of whom are younger adults and don't have the visceral understanding the older generations have, that a more socially conservative America was not something unnatural that had to be coerced or enforced by an ideological government. Throughout our nation's history, the people have been naturally inclined to privilege social conservatism in state and local law. This dynamic has been confirmed during the past decade in state referenda on same-sex marriage and limitations to abortion (such as banning partial-birth abortion and requiring parental consent for minors). Voters favored the socially conservative position in each case. It has been activists working through government -- primarily the federal government -- that have functioned to override these regularly-affirmed preferences of the people.

It doesn't take "big government" to impose on the people what they naturally prefer. And this point highlights one of the perils of accepting a sort of "mirror-imaging" of the political Left's concepts in discussing public issues. The Right and Left don't necessarily mean the same thing when they say "big government" -- largely because they don't define either law or government in the same terms. The Left tends to see law and government as instruments for societal transformation, or at the very least as vehicles for proclaiming what "ought" to be. The Right, by contrast, tends to see law and government as utilitarian necessities -- analogous to buying insurance or paying the electric bill -- which serve civil life but can't fundamentally transform humankind.

The idea of law and government as temporal conveniences, rather than agents of societal transformation, is thoroughly grounded in Protestant Christianity. The concept of temporal law being the people's supreme moral governor was essential to the Law given through Moses. But that concept was overturned by the atoning sacrifice and triumphal resurrection of Jesus Christ. Paul makes clear in Romans 5-7 and Galatians 3 that the Law defines sin, but in the age of Grace it is no longer our governor and judge. On the reason for this, he was equally clear: the Law has no power to justify us, to make us righteous, to transform our minds and spirits. It's a very Christian concept, that law is not an agent of transformation. Law defines wrongdoing and metes out punishment; that is the extent of its moral power.

Jesus said a mighty thing when he advised his followers that they had to be more righteous than adherents of the Law (Matthew 5:20). It was a process of centuries for Western man to then officially distinguish between transformative standards of righteousness, which cannot be implemented through the blunt instrument of temporal law, and government as a tool to make civil life on earth regular and predictable. I believe this distinction reached its greatest clarity in the process of founding the United States.

The three pillars of distinctively American political thought -- that government should be limited, constitutional, and federal -- map back to the idea of law as a temporal convenience subordinate to a higher moral authority. Federalism was more important than we remember today: the Framers did not mistake local laws against adultery or sodomy for the harbingers of a transformative crusade aimed at the civic or moral arrangements of the whole nation.

Indeed, their thinking predated by decades the "world-historical" view of key philosophers from 19th-century Europe (most prominently Hegel) that law and government were seeking, through the vehicle of the nation-state, a sort of eschatological alignment with a transforming human race. This latter view is the modern basis for the age-old impulse to use law and government as agents of transformation. Today's Left thinks wholly in these terms: for it, any opposition to its own transformative agenda for law and government constitutes evidence of an opposite, but equally transformative, agenda.

But the syllogism is invalid. David French demonstrates why, for several of the major social issues in American politics: the conservative position is that government should not force transformative changes on the people that they haven't asked for (and have indeed voted against). There is no mirror-image conservative agenda to use law for ideological-transformative purposes.