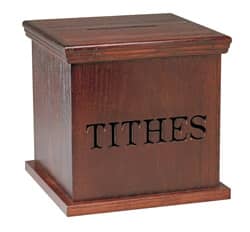 How do we pay for the functions of a community organization and services to members? How do we pay for regular classes, clergy, a community center? My friends at NIPA, the Northern Illinois Pagan Alliance, have been working for three years to bring their local community together and offer services, and they’re doing a great job. They’re dealing with an issue very relevant to many Pagan communities out there. How do we pay for all this, and how do we make it sustainable?

I’m so excited to see the work that NIPA is doing. There are Pagans all over the country who have no place to go for various reasons, and helping Pagans in one area to have a place to connect and find “home” is such important work.

The other is the specific topic of “how do we pay for all this.” This is a topic I’ve been talking about for years to Pagans across the country, and I hear a few similar responses. One is the common myth that “All Pagans are broke” or the other common statement offered, “Pagans won’t pay for things like that.” Many Pagans are broke -- unemployed, underemployed, on disability, etc. And, many aren’t. I think the enduring myth that “all” Pagans are broke leads to the fact that many Pagans have issues around money. There are other factors, but for the purposes of this post, we’ll assume that this is one of the myths of money-related baggage that hampers us, but isn’t the direct topic.

First, let me put it out there that I’m a big fan of “Tithing,” or the similar form, Memberships. That doesn’t always make me popular with Pagans who grew up Christian, pressured to put money into that collection plate. Or Christians who were part of churches where church staff would call them to make sure they “got right with God” and paid up on their tithe. Or even Pagans who are afraid this is the model of Paganism’s future.

But let’s look at the opposite side.

There are a lot of smarmy churches out there -- but there are also a lot of churches out there doing really good work for community. UU churches are usually a good example of churches that are open, welcoming to diverse people, and who are working hard to provide a lot of services to their congregation. The church itself (land, building, maintenance) costs money. The salary for the minister, and for church staff, costs money. Even with a paid staff, a church of even a small congregation requires countless volunteer hours to ensure all their programming happens.

Looking at some other models, it’s easy to see how Paganism finds itself in the financial fix it’s in. For a long time, the most common “shape” of a Pagan group was the coven, usually based in some way on the Wicca that came out of Gardner/BTW. Built within those groups was the moral stricture that Priest/esses should not charge for what they were doing or teaching.

I have to imagine that, in these small groups, there was still a method of energetic exchange. I know how much work it had to have been to learn all that they needed to learn, prepare lessons, prepare rituals, teach people. And in a very small group, it’s likely that the other members of the coven helped to take some of the burden of the group as they learned more, or even helped with cleanup, doing dishes, cooking dinner, heck, even helping out with home repairs, gardening, or other things that needed doing.

As one Pagan clergy member once told me, ”I don’t need to be paid for my work, but when I’m preparing lessons or rituals and taking 20-40 hours out of my week to teach, I don’t have time to clean my houses, cook, shop for groceries. Who will help me with that?” I have the feeling that, in the form of a small, close group of people of three to thirteen, these things worked themselves out because when the group is that small, people become close and tend to take care of one another.

But then Paganism became more popular exponentially, and the books started coming out, and now there are more Pagans than can be served by the coven model. In the past decades, that has given rise to Pagan bookstores, open/public Pagan classes and rituals, and groups with lots of different shapes. There are groups that are larger than thirteen people. There are lots of people not in groups but who want to find a group, or who are looking for education. Lots of different kinds of offerings (books, classes, festivals) cropped up for Pagans. You don’t have to be part of a coven to learn things or connect with Pagan community.