Patricia Heaton: The Lens of Faith 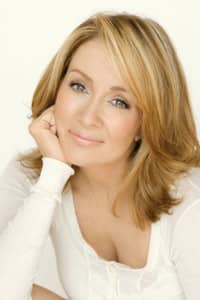 Actress Patricia Heaton is well-known for playing a harried-but-loving wife and mom who makes us laugh, previously as Debra Barone on “Everybody Loves Raymond” and now as Frankie Heck on the ABC comedy “The Middle.” But it was a tragedy involving her own mother that shaped the Emmy Award winner’s life at an early age.

When Heaton was 12, her mother died suddenly of a brain aneurysm. The resulting emotional and spiritual struggle lasted for years, but Heaton credits her Catholic upbringing with helping her achieve a level of acceptance and peace. On the Christopher Closeup radio show/podcast, she explained, “Many churches (say) if you’re a Christian, you really shouldn’t be suffering. In fact, suffering is a part of the walk, and I think that’s a very important torch the Catholics carry. You get made fun of for it a lot. The nuns always used to say, ‘Just offer it up.’ But it’s important because rain will come into your life and you need to be able to know that God is still there with you despite those problems.”

Knowing that God is with you through struggles is a personal belief of Heaton’s that has also found it’s way into her work, specifically through her role as a producer of the film Amazing Grace, which told the story of William Wilberforce’s efforts to end the slave trade in the British empire. She was introduced to the story by her husband who is British, and drawn to it because Wilberforce’s commitment to solving this social problem was propelled by his Christian faith.

Heaton said, “Probably the only thing that was able to keep him going was his faith because it literally took him forty years . . . And Wilberforce was sort of shunned from society . . . There’s a price to pay and I think that is one of the messages -- you have to be willing to sacrifice everything to follow God and to follow what He’s called you to do.”

As one of Hollywood’s few outspoken pro-life activists, Heaton understands the courage and commitment it takes to voice an unpopular opinion. She has been on the front lines of the abortion debate in her role as honorary chair of the non-profit Feminists for Life (FFL). Yet for Heaton, the divisive issue doesn’t descend into the uncivil tone it sometimes takes in the media or on the internet. Part of that is due to the approach taken by Feminists for Life, which “is about being kind and supportive and helping people find a way when they feel that there is no way.”

Colleges are a focal point for FFL because that’s where young women often find themselves pregnant without any support system. They’re often just referred to an abortion provider. FFL is working to change that by building support networks on campuses across the country. In fact, the group is the direct inspiration behind a project at Belmont Abbey College in North Carolina, which aims to build America’s first campus-based maternity and after-care residence for pregnant college students.

Heaton has spoken on behalf of FFL at colleges like UCLA and Loyola Marymount and welcomed the students’ candor and challenging questions. She said, “They’re at that point in their lives where they’re questioning everything. Part of that is they like to be in your face a little bit, but it’s kind of refreshing to have someone who will actually listen to your ideas. I believe that they really are open to hearing different views and they’re open to reason.”

Reason played an important part in the development of Heaton’s pro-life views. She learned to articulate her position when she moved to New York at the start of her career and had to start defending it because she was in the minority. It forced her to ask herself, “Where are we going to demarcate ‘life starts here’? If you do it anywhere other than conception, you just get into a huge amount of trouble and it doesn’t make any sense logically.

So I think there’s a very reasoned way to be pro-life.”

Heaton lives out her faith through other charitable efforts as well, including a trip to Sierra Leone with Lighthouse Medical Missions, which provides medical care and other assistance to the impoverished people there. The actress cherishes the opportunity to be a blessing to others.