In God Against the Gods, Jonathan Kirsch argues that tolerance is the universally Pagan concept. He brandishes it as a sword of righteousness as he attacks Christianity. In fact, his language is so divisive, you could say he displays an intolerance for Christianity. He's certainly not alone in this age when it comes to praising tolerance and practicing intolerance.

The core belief from which the Pagan practice of tolerance is derived is that no single path to the Divine is the "true" one. All paths are valid and sacred to those who tread them. By this logic all Gods are true, all manner of worship acceptable, and theological or spiritual disputes between faiths a waste of time.

If you're allergic to strawberries, are they bad? If you've been bitten by a dog, are all dogs bad? If darkness reminds you of loneliness, is darkness bad? Of course not. For someone to constantly rail against strawberries because they once had a rash is absurd. If you love Saint Bernards, it's irrational to hate Terriers simply because they are a different type of dog.

In the modern Pagan community we talk a lot about tolerance, but in practice we sometimes fail. Even after enough time has passed to heal the wounds of old hurts, some of us still rail against our former faiths. We demonize them and give them no quarter. When Pagans draw wisdom from the Christian traditions they are sometimes treated as traitors or worse. Even Pagans participating in interfaith work can at times face more negativity from their co-religionists than from other faiths.

I believe this is because tolerance has taken on a narcissistic quality in our faiths. We've come to see tolerance as being about us and not them. The world must accept me. Other faiths must accept mine. With some Pagans this extends even to expecting the world to accept their illegal or grossly immoral practices. As I have said before, if you feel you need to quibble over a precise definition of non-consensual sexual harm, then you are already on shaky moral ground.

It's not a far leap from expecting the world to accept all you do and believe, to believing the world should conform to your practices and beliefs. I once fought for the right to be able to pray/meditate on my lunch break at my workplace, but I never insisted I be allowed to burn incense or candles at my desk. I was seeking equal rights for my coworkers regardless of faith, not special treatment for my own faith. When my Christian co-workers prayed at their desk, sometimes audibly, I never saw it as an imposition on me. I was happy to work with people of faith, and if their praying bothered me I simply put on my headphones, just as I would when people would stand near my desk to gossip.

The most insidious form of narcissistic "tolerance" is when it's directed against others in the Pagan community. Someone makes their own personal statement of faith and they are attacked because it doesn't agree with others' beliefs. We are a community of people who mix pantheons, borrow from Jewish mysticism, cherry-pick the dharmic faiths, and use the language of other religions on a daily basis. How many of us speak of karma? Use the invoking and banishing pentagrams of ceremonial magick? Venerate the Virgin Mary? Study the Tree of Life? Practice transcendental or zen meditation? Use medicine wheels and dreamcatchers?

Religion, like DNA, is not a pure and isolated thing. Numerology may sound New Age, but its roots are in the Hebrew language. Many elements of modern Wicca are drawn from Freemasonry, a secretive pseudo-Christian fraternal order. Certainly there are lines drawn out by propriety and safety. You cannot be a Gardnerian without initiation, and saying you are a self-initiated Gardnerian is foolish. Holding Native American sweat lodges for profit without safety training is criminal. Someone making a blatantly objectively false claim or endangering others is something we need to point out.

Someone assigning air to the north and earth to the east certainly isn't traditional but is hardly cause for outrage. Incorporating lines from the Tao te Ching into ritual isn't a crime. Invoking Hebraic angels into a Wiccan circle is weird but not an attack on Pagandom at large. Sacrificing a chicken is not my style, but as someone who eats hot dogs of indeterminate origin I can hardly claim the food I offer to the Gods is more humane. These are personal practices that harm no one, impose upon no one, and are equally valid paths to the Divine.

My Facebook Fan Page Has Been Limited For 'Hate Speech'
David G. McAfee
2

What Do We Teach the Children? A Question for Pagans and Others
John Beckett
3 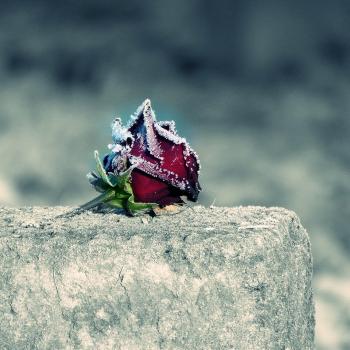 Hold on, Spring is Coming: A Witch with S.A.D.
Lisa Wagoner
Get Patheos Newsletters
Get the latest from Patheos by signing up for our newsletters. Try our 3 most popular, or select from our huge collection of unique and thought-provoking newsletters.
From time to time you will also receive Special Offers from our partners that help us make this content free for you. You can opt out of these offers at any time.
see our full list of newsletters
Editor's picks See all columnists