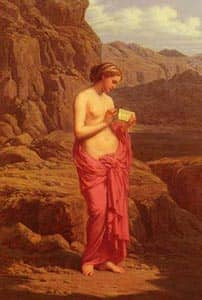 Very different public reactions greeted recent news items concerning two notable events in the biomedical sector, yet a troubling question remains front and center about both: although one was praised and the other condemned, do both in fact reflect much the same ethical perversity?

One was the announcement that Robert G. Edwards, a British biologist, had been awarded the Nobel Prize in medicine for developing the in vitro technique of artificial human fertilization. On the face of it there is something a bit odd about awarding the prize for what was, after all, no more than an advance in technical know-how, but that’s the Nobel people’s call.

The other item recounted that American researchers back in the 1940s deliberately infected almost 700 Guatemalan prisoners with syphilis and gonorrhea without their knowledge or consent. The aim of this grotesque experiment was to test the efficacy of the then-new wonder drug penicillin.

I suppose some readers will be offended at the merest suggestion that the two cases involve essentially the same ethical abuses. But they do. For in each case the same fundamental ethical principle was violated: good ends do not justify the use of morally bad means -- to say nothing of even worse collateral results.

Of course ethical ‘proportionalists’, including Catholics, hold that good ends do justify bad means when the good outweighs the bad. How it is possible to make a calculation involving intrinsically unknowable outcomes and essentially different goods and bads is something proportionalists neglect to explain.

The familiar end-means principle is exceptionally clear in the Guatemala experiments. Human beings are not laboratory animals, and treating them as if they were is a ghastly abuse.

As for Robert Edwards and his Nobel Prize, it’s true that several million otherwise childless couples have had children via the IVF technique developed by Edwards and his researchers. Having children presumably made them happy, and making people happy is a good thing -- provided it’s done by good means.

But consider the means in this case: the destruction of untold millions of human lives at the embryonic stage during the technique’s development and now as well. Embryonic human life doesn’t count? As a distinguished Protestant ethicist pointed out years ago (in reference to abortion), either these are already human beings in an early stage of development or else they have begun the process of becoming human beings, and in either case killing them is very wrong.

As for collateral damage, it resides in the fact that in vitro has opened the door to a host of morally deplorable results -- the production of “surplus” embryos slated either for discarding or experimental use; the possibility of human cloning; sex selection in pregnancy and the phenomenon of “designer babies.” And much else to come.

It’s another case of science as Pandora’s Box -- a technical breakthrough that degrades us all. Yes, some good comes of it. And how much harm?

In public debate about these matters, voices from the scientific community sometimes are heard making an argument of entitlement: science has a right to make whatever kind of world it chooses to make. But this overlooks a fundamental fact. The rest of us will have to live in that world, and we also have rights.

Reprinted with permission, this piece originally appeared at the Catholic Exchange.

Russell Shaw is a freelance writer from Washington, D.C. He is co-author, with Germain Grisez, of Beyond the New Morality and Fulfillment in Christ, and sole author of Choosing Well (all published by University of Notre Dame Press.) You can email him at RShaw10290@aol