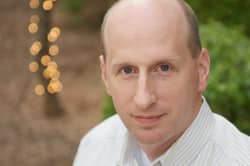 We don't know Tyler's roommate's motive for taping Tyler. Was he homophobic? Was it merely a malicious prank -- one that he would have played regardless of the sex of the person in the room with Tyler? We certainly don't have any evidence that Tyler's roommate taped Tyler because of any religious objection to Tyler's behavior (that would be a curious thing indeed). Nor do we have any evidence that other recent gay teen suicides have been caused by any religiously-motivated actions.

But that hasn't stopped the finger-pointing. According to some, the "fundamentalist" or "evangelical" (those terms are often used interchangeably) Christian community has created a "cultural climate" that stigmatizes gay people. Allegedly, this stigma "contribute[s] to the atmosphere" that makes suicide more likely. Christian opposition to same-sex marriage, Christian disapproval of homosexual behavior, and even Christian opposition to so-called "anti-bullying laws" (which are often grotesquely unconstitutional) harm gays emotionally. In California's recent and infamous Prop 8 trial, the judge in the case even went so far as to declare as a "fact" that traditional religious beliefs regarding sexual behavior "harm gays and lesbians."

But all these contentions run hard against the evidence. Ever since the Stonewall riots, our culture -- including large segments of the Body of Christ -- has been working quite hard to "de-stigmatize" homosexual behavior. Our young people, including Christian young people, are more accepting of homosexual behavior than any other previous generation, with more than 66 percent of college juniors believing that states should recognize same-sex marriage.

Yet the suicides continue. In fact, gay men have higher rates of suicide well into adulthood (which makes one question the veracity of the "It Gets Better" project). A University of California at San Francisco survey earlier this decade found that a full 12 percent of urban gay and bisexual men had attempted suicide at some point in their lifetime (a rate three times greater than the overall rate for males), yet in much of urban America, homosexuality is not just accepted, it's celebrated. The American Psychological Association has long reported that gays and lesbians have higher rates of major depression, anxiety disorders, and substance abuse disorders.

As we de-stigmatize homosexuality, the human toll continues to mount. Why? Perhaps because the fundamental problem wasn't "stigma" in the first place. Perhaps when the problem is sin, de-stigmatizing sin doesn't actually heal the human heart. Celebrating sin doesn't ultimately soothe the conscience. And in celebrating sin, we often stigmatize the one Truth that can offer light in the darkness of the soul.

We've seen this movie before. Since the 1960s, much of the American church has been stampeding away from its allegedly "judgmental" past. As we de-stigmatize divorce, our families dissolve. As we de-stigmatize illegitimacy, fathers vanish. In matters public (see, for example, the Christian community's utter failure to oppose no-fault divorce) and private (the reluctance to "judge" our close friends when they stray into manifestly destructive behaviors), the message is clear: "I'm not one of those judgmental Christians."