The Tea Started Brewing Under Bush 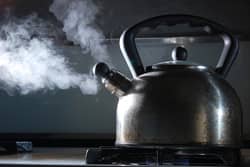 Raise your hand if you’ve heard this before: “If the Tea Party activists were really upset about spending, where were they when Bush was running up the deficits?” The alleged inconsistency -- that conservatives were perfectly content with big government under Bush but are outraged now -- is a key component of the liberal argument that the Tea Party is actually driven by more nefarious motives. Since the conservatives who comprise the Tea Party movement raised no objection when Bush was expanding government, the argument runs, they must actually be angered by something else. They reject not spending but Democratic spending, not a big-government President but a black big-government President.

This explanation for the motives underlying the Tea Party did not take long to form. Rick Santelli’s fateful rant against government mortgage bailouts on CNBC took place in February of 2009, and the loudest mouths in American liberalism swiftly divined what everyone was really upset about. Keith Olbermann declared in April that the Tea Party “is now petered out” and departing the American scene (Nostradamus he is not), and explained that the protestors do not care about “spending, deficits, or taxes” but simply “hate the President of the United States.”

The enlightened Janeane Garofalo, who saw still further into the withered hearts of the Tea Party rabble, worried about the violence that would surely erupt from such an ignorant and bigoted bunch. “Let’s be very honest about what this is about,” she said. “It’s not about bashing Democrats, it’s not about taxes, they have no idea what the Boston tea party was about, they don’t know their history at all. This is about hating a black man in the White House. This is racism straight up.” Tea Party activists are “nothing but a bunch of teabagging rednecks” who “hate that a black guy is in the White House.”

This interpretation of the Tea Party movement, although few would put it as crudely as Olbermann and Garofalo, has become one of the primary obstacles to liberal understanding of the movement. Recent examples abound. Bill Maher claimed last month that “teabaggers” hate “when you call them racist,” and “the other thing they hate is black people.” He fleshed out the fuller argument on Bill O’Reilly: we know that Tea Party concern over spending and the size of government is merely a cover for racism because “nobody was angry about the deficit under President Bush.” Another line of argument claims that the Tea Party’s summons of “take our country back” secretly means to take the country back from the dark-skinned interloper in the White House. Versions of this argument have recently been made by Washington Post columnists Jonathan Capeheart and Richard Cohen, the Huffington Post, and the political genius Jon Hamm (who only plays an actor on television). Or as Cynthia Tucker, Andrew Sullivan, and Newsweek explain, Tea Partiers really wish to take our country back in time to a Rockwellian 1950s when whites were comfortably in the majority and straight white Christian males dominated the American scene.