We Aren't as Smart as We Think We Are 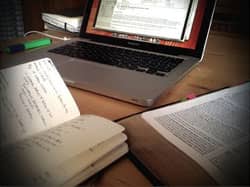 As a theologian and pastor, involved in promoting congregational adult education for the past thirty years, the results of the Pew Forum's Survey on U.S. Religious Knowledge came as no surprise. For years, I have been working with liberal and moderate churches, typically well-educated people, who give little or no time to religious study outside of Sunday morning worship. In my years of working with congregations, I have found that many active moderate and progressive Christians would rather read a biography on Roosevelt, Truman, or Cromwell or Elizabeth Gilbert's Eat, Pray, Love than scripture or a theological text. It is important to read "secular" literature, but it is equally important to learn about the traditions and growing edges of our own faith.

Surprisingly, this same religious illiteracy also appears to be true of evangelicals, who can quote selected scriptures, but apparently know little about the history and diversity of Christianity and the origins and traditions of their own Christian faith. Many evangelicals and conservative Christians assume that their faith tradition alone captures the essence of Christianity; accordingly, there is no incentive to learn about perceived theological aberrations such as Orthodox, Roman Catholic, and liberal Christianity.

These realities among evangelical and conservative Christians become increasingly problematic when seen alongside the rise in anti-Islamic sentiment and the growing percentage of persons who believe President Obama is a Muslim, despite the controversies swirling around his Christian faith during the presidential election. (I will say that there has been recently been a growing interest among evangelical, moderate, and progressive Christians in the spiritual traditions and practices of Christianity.)

It has been said that the difference between ignorance and apathy is: "I don't know" and "I don't care." My suspicion is that religious illiteracy is the product of apathy and a sense that it doesn't matter what is factual or truthful in matters of faith and politics; what really matters is my experience and the beliefs of my community, party, or congregation. Ironically, as we become more global, it appears that many people are also becoming more isolated and insulated intellectually and experientially. The Pew Forum study suggests that we can only bite off a small chunk of information, despite the virtual infinity of information and knowledge available to us, and so we stick with what we know -- easy answers and manageable sound bites -- as an antidote to the complexity of life. Perhaps, the mind can only embrace so much novelty and diversity without shutting down. As a preventative measure, rather than leaving our theological and cultural comfort zones or being overwhelmed by the sheer diversity of human spiritual experience and practice, many of us are tempted to hold fast to what we presume to be the key beliefs of our faith or cultural community.

Still, I believe in the possibility of spiritual and personal growth. A global world requires us to think globally. A pluralistic age requires us to dialogue with religious diversity and to know something about the variety of religious traditions. For Christians, this breadth of awareness should begin in church and home. But, it can't just be head knowledge alone; it must involve learning about our own family faith traditions -- the words of our scriptures, the rituals of faith, the spiritual practices, the ethical dimensions -- and then branching out to appreciate the gifts of other traditions.

In my part of the world, Central Pennsylvania, there are people who are afraid to cross the Susquehanna River to go from York to Lancaster or Lancaster to York; there are others who have never been beyond their geographical region or county limits. While all spirituality and politics is local -- Jesus and Socrates never traveled far -- the local can be the catalyst for global thinking if we open ourselves to avenues of learning available to us, most particularly the internet and cable television. If God is omnipresent, then every place can be a window into the divine, inviting us to see God in God's many manifestations. But, we must be willing to go beyond our intellectual and spiritual comfort zones. We must also be willing to sift through the data that confront us with a critical eye.

While there is no one solution to religious illiteracy, many solutions are quite straightforward and, to be honest, simple. People just have to make a commitment to take their faith as seriously as they do their interest in sporting events, Sunday morning soccer, television, or hobbies. While God is present in all these activities, our ability to see God in the "secular" moments of life is grounded in our commitment to regular study and religious practice. It is unlikely that we will see God in the secular if we have never looked for the divine at all.