Creating History in this Moment

This article was originally published at MuslimVoices.org and is reprinted with permission. 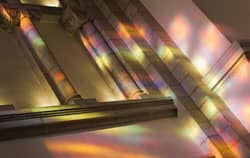 I was recently invited to speak at the Global Faith Forum by Rev. Bob Roberts. During our conversation we shared our perspectives on the distinct identities of our faiths as well as the separate doctrines and beliefs that we each hold onto dearly and profess.

In addition to this love of our faiths, we also share an unwavering commitment to engaging in conversation with one another.

What is at stake if we don’t converse?
Rev. Roberts is a conservative, evangelical Christian. There are numerous topics upon which we most likely vehemently disagree. But there are places where we see eye-to-eye.

He and I are both deeply rooted in our American identity and patriotic to our core. In fact, for me it is this very notion of holding onto the love of my country that causes me to engage in conversation with Mr. Roberts and his community.

The future of our nation is predicated on our ability to openly disagree, even offend one another with regularity, while preserving the ability to converse with one another instead of just about one another.

Conversations with each other that do not result in violence are the most beautiful part of our American tradition of religious pluralism. That we can be different and think differently, openly, and transparently while peacefully coexisting is a cornerstone of our democracy here in the U.S.

Why have these conversations?
It is an obligation for humanity to strive to “know another” across differences. (Quran 49:13)

Study after study shows that many of us Americans don’t know one another’s communities. We are not interacting though our nation is perhaps one of the most diverse on the planet.

At the same time, we should be able to answer these questions: Who is the person that we are criticizing in our conversation? What is their understanding of their own tradition? Can I stop for a moment and listen to their story?

So I asked Rev. Roberts why Muslims should be present at this forum. In his own words:

Muslims have legitimate concerns of how evangelicals treat and perceive them. We are a group of evangelicals that are reaching out to build bridges and relationships in order to bring down the tension between Christians and Muslims in America. We are doing our part and Christians are gathering to say “enough” to hate. We need you there because they want to not just hear speakers but get to know Muslims, ask questions, and build relationships. If you don’t come, it won’t fulfill a key objective. It may educate and inform evangelicals -- with all the Muslims speaking -- but it will not have provided a place for evangelicals to meet and build relationships with Muslims.

I also asked fellow presenter Eboo Patel and he says, “The relationship between Muslims and Evangelical Christians is crucial for both religious communities, and for America. I can’t think of a more important bridge-building event than the Global Faith Forum. ”

We must engage one another.
So to reflect the words of Rev. Roberts, as Muslims, we cannot just talk about Christians -- we must step into the fray and engage as well. Rev. Roberts has extended an invitation and so what is your response to him?

Relationship building does not mean agreement -- it does not mean compliance to one another’s beliefs. I myself don’t have an interest in that push toward a unanimity of opinion.

Even within my own community, the Muslim voices differ so much that it is impossible to have one voice represent any one group. This proves even truer as we step across the aisle to converse with each other.

It is, however, through human contact that we gain the ability to recognize the humanity of the other.

The future is now.
Many will criticize me in ways that are deeply vitriolic and negative. They will know also that I won’t respond in kind.