For America and the Cowboys, a Time to Rebuild

In last week's column, I used boxing references as a metaphor. This week football seems especially pertinent, as dedicated, lifelong Dallas Cowboy fans like me watch our beloved team implode in a series of excruciating gridiron debacles on national television.

Watching a team go through what is euphemistically termed a "rebuilding" period is always painful, even when it's not your team. Texas Longhorn fans know what I'm talking about this year. Michigan fans had their turn in the stocks a few years ago. Fans hate to see even their teams' biggest rivals go through such dark periods. But what's happening to the Cowboys this fall is something unique and bizarre: not rebuilding or reorientation so much as disintegration, as if they've been zapped by a Star Trek weapon.

It's easy enough to diagnose a number of technical problems with the Cowboys: the loss of Tony Romo, the team's lack of depth at quarterback, the constraints that puts on the kinds of plays the Cowboys can run, the general sloppiness in execution on both sides of the ball, etc., etc., etc. We could go on and on, but the truth everyone knows is that football skill is only half the story. Dallas actually puts a tremendous amount of football skill on the field each week. The other half of the story is those unquantifiables, leadership and teamwork.

And that's where the metaphor kicks in. The Cowboys are organized like any pro football team. The league has extensive rules about that. The Cowboys have plenty of ability. They are observing the league's standards, following the rules, doing what they're supposed to do, playing the same game -- and yet this year, the result is unsatisfactory to an extraordinary degree. It turns out that success in football is not to be obtained from organization, structure, and rules. Those features of the game are necessary, but they are not sufficient. Success comes from vision, initiative, determination, high standards, sacrifice, and what the military calls unity of effort. And none of these things can be called into being by a mechanistic system.

My course with this metaphor is toward a principle that I believe applies to everything we do, including my most frequent topics, politics and government. It is this: you cannot design a system to do the work that only character and vision can do. Humans make the mistake of trying to create or rely on such systems on a regular basis. Some see a state-imposed system of "redistributing" wealth as a means of combating poverty. Others see a monetary gold standard as a foolproof method of preventing inflation. Still others see the many things that go wrong in human life -- from broken families to securities fraud -- and blame them on inadequate rules having been made against them.

But the truth is that systemic problems are created by human decisions -- a point of vulnerability to which no system can be made immune. Systems do fill a useful function, of course. They are invaluable as time-savers and thinking aids. Americans tend to think like engineers about big problems anyway; we look for technical glitches, failures in design, and fixes that can put systems back in reliable, autonomous operation. We appreciate the convenience of systems, and for valid reasons.

But government -- even a government of separated powers and checks and balances -- can't be left to work that way. Government, of all human institutions, is one big, unavoidable moral hazard; it consists of other people, flawed and subject to temptation, whom we arm and authorize to use force against us. Left to operate on bureaucratic rules and poorly supervised systemic priorities, government will inevitably produce results that are increasingly unsatisfactory.

Americans are waking up to this reality. I believe many of us understand that the vote last week was the best we could do, at a system-authorized point of mechanical intervention, but it is not a permanent fix. Nor will additional elections, by themselves, eliminate the moral hazard inherent within government. We have good rules for our form of government; we even have a lot of good people in government. But, as with the properly organized and well-staffed Cowboys, that's not enough. Good inputs don't automatically produce a good result.

I suspect if we watch the Cowboys closely over the coming months, we will see lessons for America's future. (And no, I've never thought of the Cowboys as "America's team." They're my team.) Anyone who's been a military leader discerns the Leadership 101 situation developing with the Dallas ball-club. Story lines like those from Twelve O'clock High and The Caine Mutiny come forcefully to mind: we can guess that there will be loneliness in visionary leadership, some breaking of china, and some bouts of complaint and mistrust before it's all done. Teammates will have to learn to work with, rely on, and sacrifice for each other again. Bosses will have to win their trust. The "fundamentals" will be dusted off and drilled in relentlessly. And, yes, there will almost certainly have to be changes in the ranks of leadership. 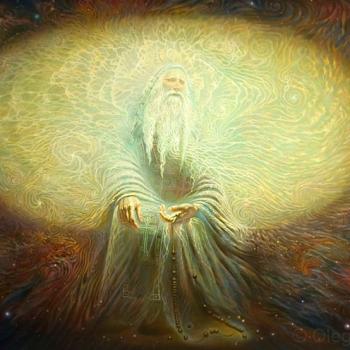 Uncreated Energies. Part Six: Deification Is For Both Matter and Spirit
Henry Karlson
2

Right-Wing Bias in the MSM? Reporting on the Israeli-Palestinian Problem
Jonathan MS Pearce
4

Reply to a Despairing Catholic Seminarian (Indefectibility)
Dave Armstrong
Get Patheos Newsletters
Get the latest from Patheos by signing up for our newsletters. Try our 3 most popular, or select from our huge collection of unique and thought-provoking newsletters.
From time to time you will also receive Special Offers from our partners that help us make this content free for you. You can opt out of these offers at any time.
see our full list of newsletters
Editor's picks See all columnists