God and the TSA Screening

How Christians should think about the increasing invasiveness of TSA screenings is a very good question. Timothy Dalrymple addressed the screening controversy at Philosophical Fragments last week and generated some lively responses, but little of the commentary I've come across has alluded to what I see as the fundamental issue. Privacy and dignity are unquestionably of concern, as are the issues of profiling and the extent to which our government can order us to submit to procedures that affect us so deeply. Very little discussed, however, has been the philosophical question of whether we are fighting terrorism on offense or defense, and how that affects our quality of life.

Absorbing all the new pain of terror prevention ourselves certainly qualifies as fighting on defense. The original proposition of President George W. Bush was that our inconvenience at home would be more than matched -- that it would be far outstripped -- by aggressive surveillance and prevention abroad. The daily lives of Americans would not bear the brunt of terror prevention; our quality of life would be the last thing to suffer extraordinary transformations, not the first.

That approach was justified in turn by the axiom that a key element of defeating terrorism is not allowing your culture to be changed by it for the worse. I think one of the reasons for the rising outcry over screening procedures is that such a change for the worse is exactly what Americans see happening. When they are confronted with TSA agents feeling inside the underwear of women travelers, or hear of a cancer survivor suffering shame and discomfort when a TSA agent unintentionally breaks the seal on his bladder bag, Americans perceive a change being inflicted on their culture: one that is not just unasked-for but brutal.

It may be that we are approaching an inflection point in the War on Terror at which the burden of a defensive posture becomes politically unbearable. If a passive defense is our only option, and we are not willing to prioritize our efforts by profiling, then indiscriminate and invasive screenings can seem like the only logical course. But what if we changed our assumptions?

My purpose here is not to discuss profiling, so I will say of it only that "profiling" does not mean "suspecting all Muslims." Profiling takes into account circumstantial and behavioral indicators, not just ethnicity or nationality. What requires more examination, however, is our underlying assumption about a defensive versus an offensive posture. As a nation, we never came to a solid conclusion on that in the first years after 9/11. The more offensive Bush policy had vigorous adherents in the punditry, but public assent to it was always provisional: Americans would consider and agree to one offensive measure at a time, on a case-by-case basis.

With the transition to a new president, the U.S. effort to transform political conditions in the parts of the Islamic world that foster transnational terrorism has downshifted noticeably. There is more of the targeted killing with drones and air strikes, and much less of the Bush-era argument that patterns of autocracy, repression, and anti-liberalism need to change. Americans were never in full agreement on whether that argument was an appropriate justification for measures taken in the War on Terror. But these considerations help to clarify the following three points: that adopting a passive, defensive posture is a constraint we place on ourselves, that it's a change from our original posture, and that we have given little systematic thought to the reasons for a defensive posture or what the alternatives might be.

Humans naturally find the defensive posture morally preferable, and are commensurately skeptical of preemption. Is there, however, a biblical mandate for a defensive posture of the kind we are now adopting in the War on Terror? Many American Christians might reflexively say yes. But the truth is that there is no realm of life in which pure defense is a workable strategy. Passive defense certainly isn't the way God works.

There is an interesting exchange in Matthew 16:13-20, when Jesus asks Peter, "Who do you say I am?" and Peter responds, "You are the Christ." Jesus goes on to say the following:

A Bible study teacher once made the point with us, as we reviewed this passage, that gates are stationary defenses designed to withstand attack. (We were a military Bible study, after all.) Jesus was not speaking here of the gates of Hades attacking us; gates, by their nature, don't attack. When gates cannot "overcome," it is because they are under assault by a stronger attacker. Whether the church Jesus referred to was breaking out of Hades or breaking in, the image of the gates frames the church as proactive, transformative, and victorious.

'For you were [redacted] in Egypt': Concordance-ism and the ESV (part 1)
Fred Clark
3 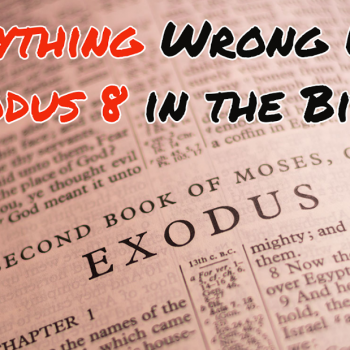 Everything Wrong With Exodus 8 in the Bible
Hemant Mehta
4 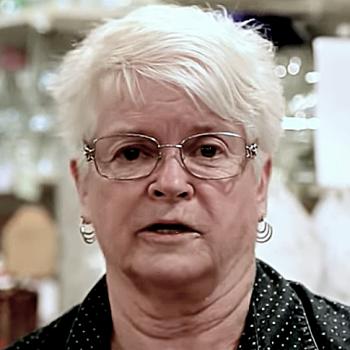