The third promise is nothing less than astonishing. The promise is that a new homecoming of God's scattered people will in fact be greater than the initial Exodus of God's people from the grip of the oppressors of Egypt! No longer will people recite the first commandment of the Decalogue as the foundation of the people of Israel (see Dt. 5:6 and Ex. 20:2). They now will say, "I am the Lord who brought out and led the offspring of the house of Israel out of the land of the north and out of all the lands where I had driven them." Here is the new foundation story of God's remnant people.

What is important about each of these promises is that God is the God of the new and the now. God is not stuck in the past, living off past deeds, no matter how wondrous. Jeremiah, who witnessed the demise of his people, his land, his kings, his temple, his priests, still found in his God one who cared for and loved the people, one who acted the part of shepherd for the scattered and wayward sheep. It is hardly an accident that when later Christian believers tried to name the actions of the one they called Christ, they often chose the image of the shepherd (see Mk. 6:34 and Jn. 10:1-18 as parade examples). "All we like sheep have gone astray" indeed, and we are ever in need of a shepherd. Jeremiah points the way to a God who in continually fresh ways serves as shepherd to a flock forever in need of care. 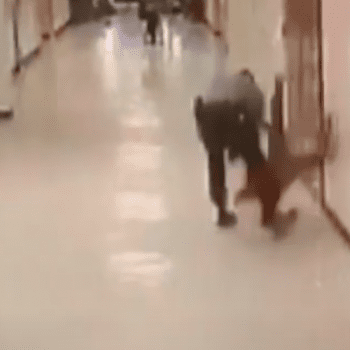 The Example Of St. Mary Of Egypt
Henry Karlson
4

Evolution Denialism: Survival of the Fittest as a Tautology
Jonathan MS Pearce
Get Patheos Newsletters
Get the latest from Patheos by signing up for our newsletters. Try our 3 most popular, or select from our huge collection of unique and thought-provoking newsletters.
From time to time you will also receive Special Offers from our partners that help us make this content free for you. You can opt out of these offers at any time.
see our full list of newsletters
Editor's picks See all columnists