Can a movie be a poem? Poetry is as much about the cadence of words and the feel of syllables sliding off the lips as it is about the content. Poems rely on offset imagery and the form the lines take on the page to convey meaning. Poems are suggestive rather than descriptive, emphatic rather than didactic, concise where prose would be verbose, and effusive where prose would prove mum. Poems are experiential and experimental, abundant and obtuse, clever and cryptic.

Heaven is a poem in cinematic form. Conceived by Krzysztof Kieslowski, famed Polish director of The Decalogue, as the first part of a trilogy of films entitled Heaven, Hell, and Purgatory, and directed by German filmmaker Tom Tykwer upon Kieslowski's death, Heaven follows the events surrounding a woman, Philippa, arrested for an act of apparent terrorism and a young man, Filippo, who falls desperately in love with her. The plot turns unexpectedly, and I dare not ruin it for you here.

Philippa is played by Cate Blanchett and Filippo by Giovanni Ribisi. Both are excellent. Blanchett is one of our finest actors and she is in top form as she portrays a character whose emotions range from rage to remorse. Ribisi is perfect, as well as the picture of unassuming, unconditional, ultimately redeeming love.

Tykwer, as he also demonstrated in 2000's The Princess and the Warrior, is a director of profound patience, and he is at his best when he allows his camera to linger. In Heaven, we are treated to luxurious shots of the Italian countryside. The camera revels in Philippa's features like a lover, granting her presence as she works through her grief. And the final shot . . . AH! I dare not give it away, though it is long and slow and sublime.

Now, I don't mean to make the movie out to sound laborious or boring. Tykwer's patient camera work in some scenes highlights the drive and urgency to the story's more intense sequences. Tykwer also directed Run, Lola, Run (1998), the short True featured in Paris, I Love You (2006), and The International (2009). He is not foreign to the world of the thriller, and Heaven is most certainly a thriller.

Heaven is also called "Heaven," and so it is explicit in its engagement with theological matters. The story itself has almost nothing to do with the church or Christianity or any world religion for that matter. This is not a "religious" film, in the traditional sense of the word; it does not conform to a set of widely accepted practices or beliefs. Heaven is a deeply religious film however, in that it manifests faithful devotion to some assumed ultimate reality.

It would be in disingenuous of me to proclaim what this film is about. I will not explain it and therefore belittle it and strip it of its power and worth. I will, however, attempt to express how this film affected me and leave it to you to be affected as you will.

Heaven impressed upon me a devout faith in the redeeming power of love. Filippo loves Philippa with single-minded devotion. At first, I was put off by his obsession. I've been down that road, and I've seen where such infatuation leads. As I continued watching, however, I saw that Filippo was not meant to be prescriptive. We are all not meant to support and give ourselves to another person so completely without reason or recourse. We are incapable of loving with such a love on our own power.

I don't think I was supposed to identify with Filippo at all. I think I was meant to identify with Philippa, the accused terrorist, Filippo's beloved. Filippo is descriptive of the kind of love we are offered. We are the ones in need of redemption. We are the ones bound to remorse. We are the beloved. Filippo is descriptive. Philippa is prescriptive. We are meant to respond as she does and allow ourselves to be loved.

That is what Christ calls us to.

(Heaven is in Italian [with English subtitles] and English as the story calls for each language.) 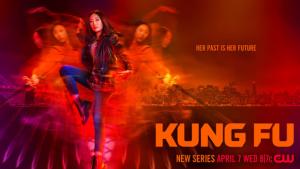 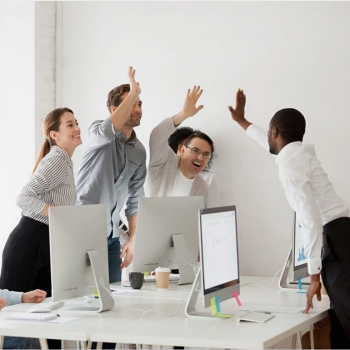 What if an 'omnipotent' god can't save mankind convincingly?
Rick Snedeker
4

Netflix's 'Blue Miracle': It's Fun, Very Blue & Utterly Predictable
Kate O'Hare
Get Patheos Newsletters
Get the latest from Patheos by signing up for our newsletters. Try our 3 most popular, or select from our huge collection of unique and thought-provoking newsletters.
From time to time you will also receive Special Offers from our partners that help us make this content free for you. You can opt out of these offers at any time.
see our full list of newsletters
Editor's picks See all columnists