Editor’s Note: The following is an edited transcript of the first podcast in the Veritas Riff series. For more information on the series, and for other installments in the series, go to veritasriff.org. Click here to stream or download the podcast.

It’s a scene so familiar it’s become cliché. Another national politician standing before a podium making another public confession of another scandalous sex affair, often while his wife stands rigidly beside him. It’s an awkward scene for everyone. But there’s another awkward aspect: that there’s a very good chance the politician in question has publicly identified himself as a devout Christian.

Today we’re riffing on the question: Why are so many Christian politicians caught in sex scandals? The issue is not just that Christian politicians are, when it comes to sexual indiscretions, like everyone else. They actually seem worse. In the past four years, of the nine major sex scandals involving congressmen, eight have involved a self-identified Christian -- and most were evangelical, conservative Republicans who campaigned explicitly on faith and family values. Here’s a roll call:


2) Foley was replaced by Democrat Tim Mahoney, who ran on a self-described fundamentalist Christian platform. Two years later, ABC News reported that the married Mahoney had paid over $100,000 to a former staffer to keep quiet about their affair.
3) Senator Larry Craig (R, Idaho), a Methodist, conservative, family-values Senator was arrested in 2007 for allegedly soliciting sex in an airport bathroom known for anonymous gay encounters.
4) David Vitter (R, Louisiana), another family-values conservative Christian, confessed to employing the services of the “D.C. Madam.”
5) Vita Fasella, a Democrat, once played in a Christian rock band. A DUI arrest in 2008 revealed that the married congressman had fathered a child with a mistress.
6) Chip Pickering lived in DC with other congressmen at the “C Street House,” part of a ministry to politicians known as The Fellowship. Although he took part in accountability and prayer groups, after a divorce his wife filed a lawsuit alleging that Chip had had an affair, with trysts taking place within the C Street House.
7) John Ensign (R, Nevada), the only Pentecostal serving in the Senate, carried on an extramarital affair with the wife of an aide from 2007 to 2008. 8) Finally, in a sign of just how tawdry the recent pattern has been, the most recent scandal barely raised an eyebrow. Mark Souder, a self-proclaimed Christian family-values politician from Indiana, confessed to yet another affair with another staffer. He resigned in May 2010.

This roll call of shame might evoke outrage at the hypocrisy involved, embarrassment at being identified with such persons who profess Christian faith, and suspicion of those who claim the mantle of family values. Yet the fundamental question is: Why? Why are so many Christian politicians in sex scandals? Are they more hypocritical than others, or is there something dangerous about the combination of faith and worldly power? And what are the lessons for us?

Michael Lindsay, professor of sociology at Rice University, is uniquely qualified to answer these questions. He is the author of Faith in the Halls of Power, widely acknowledged as the definitive account of evangelicals in positions of elite influence. Michael spoke with me by phone:

Michael, why are there so many Christian politicians in sex scandals?

My mother used to say that our weaknesses are just our strengths carried too far. Politicians and preachers have a lot of the same skills. Both reach their positions because they are highly relational. They’re great at building connections, forming new friendships, making people feel welcome and a part of their community. Sometimes we can take those relational skills and use them inappropriately. That’s what gets preachers and politicians off track. No one I’ve studied has turned to a wayward life by one giant mistake. What gets them in trouble is usually a series of small, incremental decisions over a period of time. A lot of these extramarital affairs begin when a politician forms a closer relationship with a co-worker than he should, or when a sexual jest becomes an inside joke between a politician and a staffer. And in the end that winds them up in real trouble.

What Is Seen Cannot Be Unseen
John Beckett
2 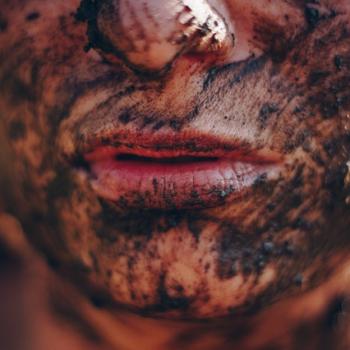 You Are Not Worthless Horse Pucky
Keith Giles
3 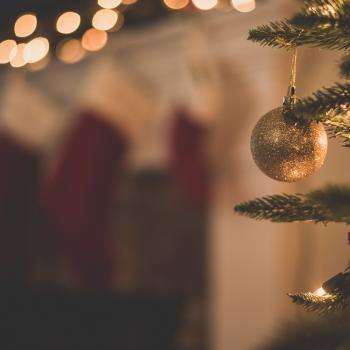 The Music of Advent: A Weary World Rejoices
Matt Pearson
4 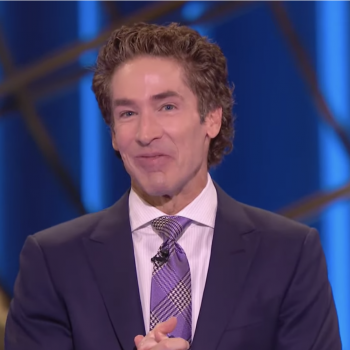 A Plumber Found Envelopes Full of Cash in the Walls of Joel Osteen's...
Hemant Mehta
About
Get Patheos Newsletters
Get the latest from Patheos by signing up for our newsletters. Try our 3 most popular, or select from our huge collection of unique and thought-provoking newsletters.
From time to time you will also receive Special Offers from our partners that help us make this content free for you. You can opt out of these offers at any time.
see our full list of newsletters