Searching Amidst the Bread and Circuses

There are few writers who have written so clearly or so well about the art of cinematic interpretation as has that charmingly blunt hillbilly Thomist, Mary Flannery O'Connor.

It might seem counter-intuitive to search for insights on understanding film among the essays and lectures of a fiction writer -- and a short-story writer, at that. But in her essay, "The Grotesque in Southern Fiction," O'Connor reminds her fellow authors (and storytelling artists of any stripe) of an incredibly important insight regarding story and its motivations -- an insight they would do well to keep in mind, no matter what their medium.

. . . if the writer believes that our life is and will remain essentially mysterious, if he looks upon us as beings existing in a created order to whose laws we freely respond, then what he sees on the surface will be of interest to him only as he can go through it into an experience of mystery itself. His kind of fiction will always be pushing its own limits outward toward the limits of mystery, because for this kind of writer, the meaning of a story does not begin except at a depth where adequate motivation and adequate psychology and the various determinations have been exhausted. Such a writer will be interested in what we don't understand rather than in what we do. He will be interested in possibility rather than in probability. He will be interested in characters who are forced out to meet evil and grace and who act on a trust beyond themselves -- whether they know very clearly what it is they act upon or not.

Like the works of so many writers (including O'Connor's own works), the truly great pieces of cinema are often enlivened by this notion of "pushing the limits," often driven by the need to find those depths where "adequate motivation and adequate psychology" have been exhausted. This powerful need -- this Icarian imperative to draw ever-closer to the sun even at the risk of being consumed by it -- is a principle that has shown itself to be as important in the world of celluloid as it was in the narrow field of Southern fiction writing to which O'Connor was applying it at the time. Many great films can only be properly understood through a recognition of the role that faith, trust, and incomprehensible possibility play in the motivations and actions of its characters.

However, this desire to push beyond into the world of the mysterious is not always easy to recognize. Nor is it always easy to watch. And, As O'Connor writes in "The Catholic Novelist in the Protestant South," is it rarely as pretty as we would like:

These notions of sacrifice, cost, and of restoration only at great price are present in far more films (classic and modern works alike) than we might initially be disposed to recognize. The Christ Figure, for example, probably the most explicit "redemptive" trope imaginable, is a cinematic staple that crops up countless times throughout the history of film: The Professional, Superman, The Matrix, The Day the Earth Stood Still, The Iron Giant, The Dark Knight (to name but a few) are all wildly different films, yet all built around the same powerful notion that humanity is afflicted with a great and overwhelming need for redemption -- a redemption that can only be bought at great cost.

As is often the case in discussions of this sort, the question of the artist's intent is an important one to consider. But if, as O'Connor suggests, an artist is pushing toward mystery by creating characters who are confronted by evil and by grace -- characters who "act on a trust beyond themselves" -- might that not bring about symbols and events present in a work regardless of artistic intentions?

Klaatu (in either version of The Day the Earth Stood Still) was almost certainly meant as a Messianic figure; resurrection is one of those "bright line" indicators that Christian audiences are habituated to recognizing. But seeing Bruce Wayne's willingness to accept the punishment of Two-Face's sins despite his own innocence as a type of Christ? That might well be an example of a symbol that receptive audience members recognize on their own, whether the creative team behind the film placed it there explicitly or not.

To look at another example, the creator of the Hellboy comics, Mike Mignola, is Catholic. And it is hard to imagine that the source material's richly Catholic symbolism is unintentional. But Guillermo del Toro, the film series' director, has made no secret of his contempt for organized religion. So where does that leave us with regard to the films' "intentions"? 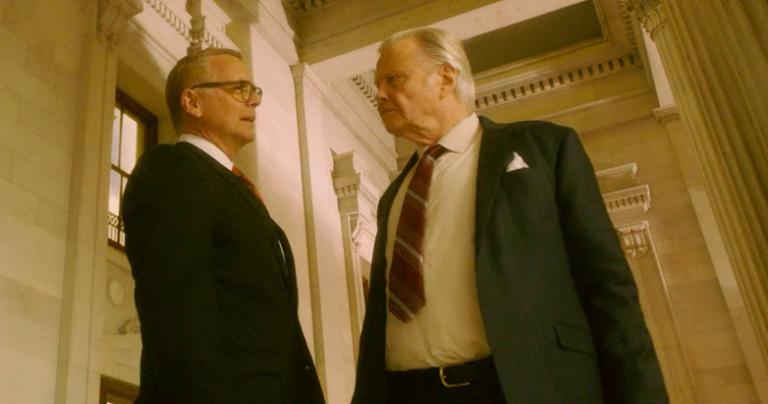 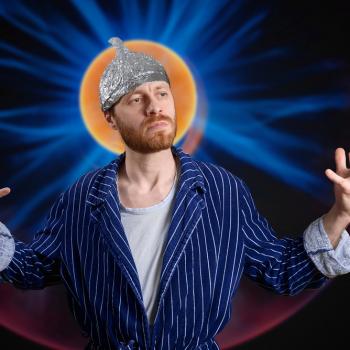 Ramadan for Christians – a modest journey into Islam
Kathryn Shihadah
Get Patheos Newsletters
Get the latest from Patheos by signing up for our newsletters. Try our 3 most popular, or select from our huge collection of unique and thought-provoking newsletters.
From time to time you will also receive Special Offers from our partners that help us make this content free for you. You can opt out of these offers at any time.
see our full list of newsletters
Editor's picks See all columnists