What Evangelicals Can Learn from the Election

We know that election 2010 represented an overwhelming repudiation of the Obama administration’s policies, and that the Tea Party movement played a major role. There was a great deal of speculation about the connection between the Tea Party and the Christian Right, with polls indicating that Christian conservatives represented the core of the Tea Party.

But what of evangelical Tea Party candidates? They didn’t fare quite as well as some had expected. This failure was most obvious in the once-promising candidacy of Sharron Angle in Nevada, and the doomed race of Christine O’Donnell (a cradle Catholic turned evangelical, turned Catholic again) in Delaware. Among the ‘mama grizzly’ candidates backed by former Alaska governor Sarah Palin, South Carolina governor-elect Nikki Haley is the only prominent winner. Even she did not make her faith a major issue in the campaign, aside from defending the sincerity of her Christian convictions against charges that her conversion from her family’s Sikhism was opportunistic. Similarly, Marco Rubio, Senator-elect from Florida, identifies generally as a Roman Catholic, but he has attended an evangelical church for several years.

On balance, the election of 2010 reveals Americans’ discomfort with evangelical candidates who wear their faith on their sleeve, or even worse, use evangelical lingo on the campaign trail. O’Donnell indiscreetly used evangelical-speak on old talk shows (“evolution is a myth!” she cheerily claimed) and shared about her youthful dalliances with witches. These moments, now preserved forever on YouTube, fatally damaged her campaign.

Sharron Angle certainly did not help herself, either, by saying that our entitlement programs made us a “country entrenched in idolatry.” That kind of talk would go over fine at Sonrise Church of Reno (Angle’s longtime evangelical congregation), but your average Nevada voter has no idea what she’s talking about. It gave just enough credibility to Harry Reid’s drumbeat about Angle’s religious fanaticism to keep her out of the Senate.

The successful Tea Party candidates, from Nikki Haley to Marco Rubio and Rand Paul (the new Senator-elect from Kentucky), typically let it be known that they were people of strong faith -- and left it at that. Evangelicals should be okay with this approach. After all, what we need from politicians is integrity, diligence, and support for preferred positions on the major issues of the day. We don’t need to hear their ‘testimony’ in order to vote for them.

This was a distinction that evangelical Christians would have readily understood at the time of America’s founding. Baptists and Methodists were just emerging as a major religious force on the American landscape in 1776, and they could not necessarily expect candidates to share their faith. In some situations, this led them to cooperate with some very unusual allies, especially the nation’s third President, Thomas Jefferson, a notorious skeptic that one Federalist opponent called a “howling atheist.”

Jefferson was no atheist, but he did not believe in Jesus’ divinity or resurrection, either. Nevertheless, Jefferson depended heavily on evangelical support in his political career, from the passage of his 1786 Bill for Establishing Religious Freedom in Virginia, to his election as president in 1800. He made common cause with evangelicals in order to disestablish America’s official state denominations, many of which had badly persecuted dissenting evangelicals like the Baptists. This was the essential cause of religious liberty in Revolutionary America. Thus, Jefferson wrote his famous “wall of separation between church and state” letter in 1802 to a group of evangelical Baptists in Connecticut.

Jefferson sent that letter on New Year’s Day of 1802, a time Jefferson chose to symbolize his steadfast alliance with his evangelical friends. On New Year’s, Jefferson publicly received a prodigious gift from Baptist evangelist John Leland, a 1200-pound block of cheese, a gift from the admiring Baptists of Cheshire, Massachusetts (which, like Connecticut, still had an official tax-supported church). The newspapers called it the “mammoth cheese.” Then, that Sunday, Leland preached before a joint session of Congress in the House of Representatives chambers, with Jefferson in attendance. Jefferson’s presence at Leland’s sermon indicates that he never understood separation of church and state to mean outright secularism, or government hostility to religion. He and the Baptists believed in real religious liberty, yet they honored America’s religious vitality. The Baptists had found their great political champion in Jefferson, who was both a heretic and a true friend of religious freedom.

Evangelicals today might take a cue from their forebears: we don’t need our candidates to talk ‘churchy’ to win our votes. In some cases, we should vote for candidates who do not share our personal faith at all. At some level, successful politicians will have to build consensus, and the way to do that in America is to emphasize shared political values, not personal faith. That was true in 1776, and it was true in the election of 2010. 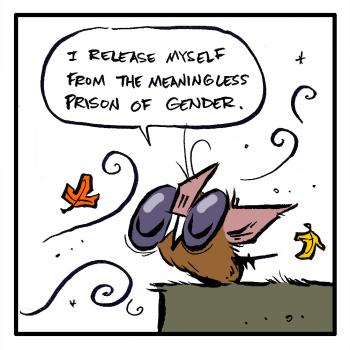 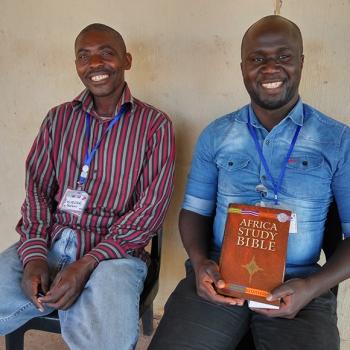 The Discipleship Crisis in Africa, and How the Africa Study Bible Can Help
Randy Alcorn
4