At the close of a year that frequently brought religion into the headlines in the United States and around the world, our editors look back at some of the top content published at Patheos in 2010. The following ten articles are a small sampling of the content that appeared on this site in the past twelve months; they also showcase the complexity and richness of the world's faith traditions. Whatever happens in 2011, religion is bound to again play a major role in events at home and around the world.

In some ways I think that my blindness gives me an advantage. Not being able to see people with my eyes, when I meet new people I "see" them in perhaps a deeper, more accurate way. I ‘see' who they really are, and I am not stalled or prejudiced by outward appearances.

The Habit of Witness

This Patheos series features essays written by consecrated Catholic women and men sharing their encounters and experiences while dressed in the habit of their order or office.

"Most nuns and sisters could tell numerous stories about people's reactions to the habit—all good; all humbling; all manifesting how the habit speaks a universal language and points to the reality of God. People notice the wedding ring and wonder why I wear one, while children respond to the habit most perceptively, asking, "Are you God's wife?" There are the smiles as people walk by, the waves from across the street." (Sr. Mary Catharine of Jesus Perry, OP)

Where once most Americans viewed Judaism as the "third faith" in the United States, as well as the nation's largest non-Christian faith, now Judaism is viewed as one of many American "minority faiths," and in many circles it is treated accordingly.

Sometimes it's good to stay with a question, rather than latch onto any one answer. Is Buddhism religion? Well, it is, and it isn't. No creator deity is mentioned here. So can there be religion without God? Theology, without theos? And since the Buddha clearly opposed the priestly caste, one might even make a case for his path being a religion of no religion.

A Journey Back to the Basics: Cycling and Recycling Hinduism

The future of Hinduism in America really is a journey back to the basics, a recycling so to speak. Recognizing the presence of the Divine in everyone and treating one another accordingly; respecting that each one of us may travel a different path or utter a different Name to grow closer to the Divine; living in the present rather than dwelling on the past or fretting over the future; and accepting that seva or selfless service to not only our fellow human beings but all living things, will bring far greater joy than mere material gain—this is the wisdom Hinduism has offered not just Hindus, but all of humanity. This is what Hinduism was about, is about, and will be about.

How the Holy Spirit Moves Today... in 100 Words or Less (A TheoBlogger Challenge) 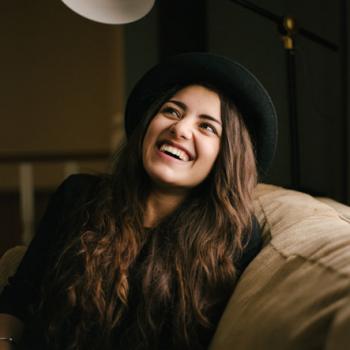 Choosing Gratitude When You Don't Feel Like It
Joey Willis
3

An Invitation for the Patriarch
Daniel Scharpenburg
4 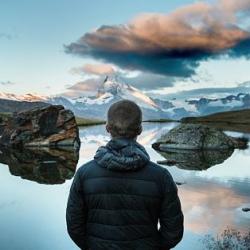 The Stoic Self Evident of Get Busy Living or Dying
Andrew Murtagh
Get Patheos Newsletters
Get the latest from Patheos by signing up for our newsletters. Try our 3 most popular, or select from our huge collection of unique and thought-provoking newsletters.
From time to time you will also receive Special Offers from our partners that help us make this content free for you. You can opt out of these offers at any time.
see our full list of newsletters
Editor's picks See all columnists