On Black Friday and Other Religious Holidays

Several months ago a friend of mine updated his Facebook status, as modern man is wont to do, with a brief summation of his guiding political philosophy. He announced that he respected entrepreneurs more than politicians, and the building of businesses more than the winning of elections. Also that he was ordering in pad thai for lunch. (Okay, I made up that last part.)

I was not inclined to disagree with his overall point, but some of our mutual friends were so moved and a vigorous discussion ensued in the comment thread. What caught my interest in the (amiable) fracas were not the anti-corporate rebuttals, however, but an argument that was advanced by some of my friend's pro-commerce defenders. Too often we fail to appreciate the ways in which products improve the quality of our lives, it was argued. Consumer products themselves are the primary evidence for the positive influence of markets in modern societies.

Now I'm generally in favor of free trade and market integration, but in my view an emphasis on product qua product is wrongheaded. Certainly the laptop computer, Lipitor, and LEGO have made significant contributions to health, wealth and, er, child welfare -- and these products indeed stand as a testament of the power of markets to promote human flourishing. But if you pick one cherry you have to pick the other, and markets are also responsible for introducing Benson & Hedges, Botox, and Baby Einstein to the American consumer. Furthermore, markets entail marketing, which often relies on hedonism and status-mongering to sell product. (Indeed, in marginal cases marketing can become something much, much worse.) I'm persuaded, for example, by arguments that markets and marketing can disrupt communities' and families' efforts to enculturate their children, and naturally this disturbs me as a mother.

But even if one concedes that market products are a mixed bag at best, and that the supermarket itself represents one of the central moral and philosophical challenges of our time, there is still a powerful argument to be made in favor of free trade and market integration. While market institutions may work at the roiling surface of society to amplify human appetite and disrupt the transmission of local values, they also work at the deepest structural levels of society to inculcate fairness and cooperation -- that is, to construct the groundwork of morality itself.

Evidence for this (admittedly grandiose) claim was reported several months ago in Science. Researchers worked with residents of a number of dramatically diverse communities in both developed and developing societies -- everywhere from Hamilton, Missouri to communities in Fiji, Papua New Guinea, Africa, Asia and Latin America. Using a method known as the Dictator's Game, subjects were invited to cooperate (or not), fairly (or otherwise), with an unknown co-participant. The results of this game were striking: fairness rose markedly with the degree of market integration enjoyed in each community. In other words, market institutions worked in some way to reinforce social norms of trust, fairness, and cooperation among strangers.

As John Tierney asked in his discussion of these findings, which of the following is most likely to promote a golden rule form of morality?

a) Move to a village in the Amazon and go foraging with the indigenous Tsimane people.

b) Move to a Dolgan and Nganasan settlement on the Siberian tundra, herd reindeer and join the Russian Orthodox Church.

e) Join a throng of Wal-Mart shoppers buying groceries on the Missouri prairie.

The answer appears to be the shopping, despite our collective love of gothic tales of the horror of Black Friday at Wal-Mart.

There is a logic to this connection between markets and morality. In communities where families and tribes obtain most of their calories from foods that they hunt, gather, or grow themselves, there is little use for norms of mutuality or fairness toward strangers. But when families and individuals rely almost entirely on a chain of mutually beneficial transactions between strangers to obtain their calories -- in the form of pears and cheese for me, please -- then individuals are motivated to uphold and enforce social mores of trust and fairness.

The death of my spiritual father: Is this “the greatest evangelistic hour” in...
Jim Denison
2 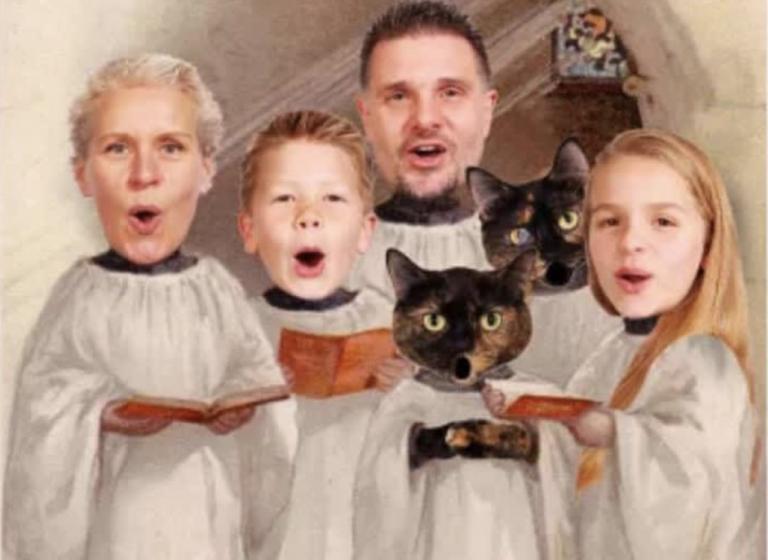 Christmas Cards to Avoid!
Ben Witherington
Get Patheos Newsletters
Get the latest from Patheos by signing up for our newsletters. Try our 3 most popular, or select from our huge collection of unique and thought-provoking newsletters.
From time to time you will also receive Special Offers from our partners that help us make this content free for you. You can opt out of these offers at any time.
see our full list of newsletters
Editor's picks See all columnists