Christmas Skirmishes and the War for History

It's the snickering season again, the time of year when we gather together to make fun of activists, talk-show hosts, politicians, and the plain ‘ole regular folk who somehow believe there's a "War on Christmas." On Friday, it was the New York Times' Gail Collins, gently mocking Senator Inhofe for his concern that the name "Christmas" appear in a Tulsa holiday lights festival. She called the war over Christmas her "favorite war"—presumably because of its nonexistent casualties and its low stakes.

And of course, no "snickering season" would be complete without hearing from the America's unquestioned snickerer-in-chief, Jon Stewart, who weighed in with the wit that built his empire of mockery.

It's all too easy to join in. After all, who gets hurt by "Happy Holidays" instead of "Merry Christmas?" Is it really a big deal if an elementary school choir sings "Rudolph the Red-Nosed Reindeer" or "Deck the Halls" instead of "Silent Night"? During an economic downturn, what customer would walk away from his shopping cart after a generic holiday greeting from a minimum wage cashier? As we begin our tenth consecutive year of war, are we really wasting time talking about this?

There's a double standard at work, however. For decades, the secular left has argued that religious offensiveness is a very big deal. In fact, they've engineered an explicit exception to normal standing rules—the rules that dictate when a person has a claim in federal court—to allow "offended observers" to literally make a federal case out of their hurt feelings. What happens if that Nativity Scene on the courthouse lawn prompts your precious six-year-old future Randian to ask you a slightly annoying question about God? What if you're irritated at a public official who prays at the local high school football game? You can sue, and you'll have no shortage of lawyers eager to represent you pro bono.

In fact, your lawsuit can make it all the way to the United States Supreme Court. Just this year, the Court heard a case filed to remove a memorial cross from federal land—a cross erected by members of the Veterans of Foreign Wars to honor World War I dead. The cross itself was located on a rock outcropping in the Mojave National Preserve, away from well-traveled routes. The man who sued didn't work at the Preserve and, in fact, didn't live anywhere within sight of the cross. He lived far away, but claimed he was deeply offended by the mere presence of the cross on federal land, a cross few people ever saw.

If Jon Stewart wrote a sketch mocking a man trying to demolish a tribute to America's war dead simply because the cross hurt his feelings, I missed it. In fact, the secular left supported the plaintiff, in lockstep, just as they've supported similar plaintiffs for the last half-century.

Let's try to sort this out. So it is a big deal when a nativity scene is put on public land but no big deal at all if it's removed? You can be upset when memorial crosses are put up, but not when they're taken down? Does that mean that you're a hero of the Republic if you find "Merry Christmas" offensive but a hypersensitive rube if you roll your eyes at "Happy Holidays"?

In reality, the presence or absence of religious symbols is important. The Christmas skirmish is just one (easily lampooned) part of a larger battle over our nation's history. Crosses on public land don't coerce anyone, and the sound of school children singing "Silent Night" is miles from forced conversions or state churches. They are, however, declarations of national heritage and community belief.

But our national heritage and community beliefs are subjects of much dispute. Our national past shapes our national future, and the argument over history matters now. For those who despise Christianity or see America as a purely secular state, old crosses in the desert, chiseled religious images on public buildings, and a more than 200-year legacy of public prayer say we were—and are—a religious people, a people who wish to acknowledge their God in public life.

In other words, it isn't "scary" when Christmas lights become holiday lights or Christmas trees become, simply, trees. It's just false. It's yet another petty effort in a long campaign to shame us into becoming something we've never been: a truly secular nation. 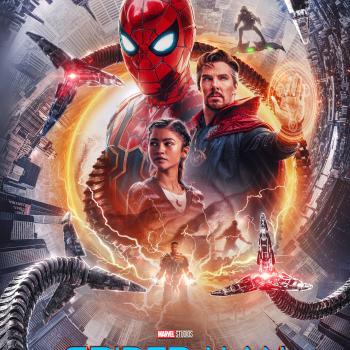 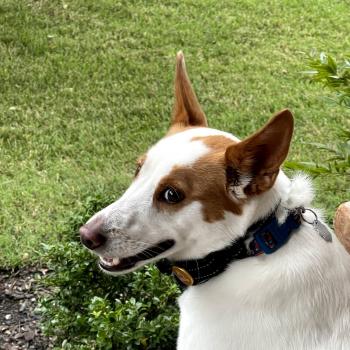 Greenies, Eddie, and the Provision of God: A Letter to West Franklin
Matt Pearson
3