Travelers traversing the Lincoln Tunnel between New Jersey and New York this holiday season have been greeted by two billboards. The first, near the New Jersey entrance to the tunnel, was erected by an atheist group at a cost of $20,000. The billboard bears a nativity scene and the slogan "You know it's a myth. This season, celebrate reason." The second was erected by the Catholic League near the Manhattan entrance to the tunnel in response. It reads "You Know It's Real: This Season Celebrate Jesus." David Silverman, president of American Atheists, the group who funded the first billboard, claims that the sign was an effort to challenge people to "think hard about whether or not they actually believe in what is, in reality, an invisible magic man in the sky."

While I, as an atheist, appreciate both the sentiment of the billboard and the stated objective of making people think, the antagonism of the message has, in my mind, caused the campaign to fail in that objective.

Atheists face a challenge. There is no simple method to communicate our lack of belief without antagonizing believers. We're defined by a negative. We don't believe in the existence of a god. We don't believe in religion. No matter how we state our case, we're opposed to something. Essentially, we're telling people who believe that they're wrong, which is possibly the single most antagonistic message in any debate. Not only are we atheists telling believers that they're wrong, but we may also be saying that their parents and ancestors have been wrong for centuries.

Atheists are also a feared minority, though I've never quite understood why. I'm unaware of any wars started to further the atheist cause. I've never heard of a terrorist attack by atheists. Atheists haven't laid claim to a historical homeland and tried to push out all non-atheists. Atheists, as a group and individually, are generally harmless.

Atheists also have as much right to our lack of belief as believers have to their faith. We also have just as much right to advertise it. But if the stated purpose of the atheist billboard was to get people to think, then it has failed. An antagonistic message brought by a feared minority doesn't inspire thought. Antagonizing people makes them angry. Anger is a primitive response. Anger inspires primitive fight or flight response, but not thought.

The Catholic League has chosen to give in to their fight response by erecting their billboard, which directly contradicts two core tenets of the Christian faith. In Matthew 5:44, Jesus Christ is quoted as saying "But I tell you: Love your enemies and pray for those who persecute you." In Mark 12:31 he says, "You shall love your neighbor as yourself," which has been interpreted as performing acts of charity. The Catholic League has identified the atheist as their enemy. Does engaging in a billboard battle show love for their enemy? Couldn't that $18,500 been better used to love their neighbor in acts of charity? Was erecting this billboard an act consistent with the tenets of Christian faith?

Maybe they're both missing the point of the holiday season.

Rather than tearing us apart with antagonism, might the resources of both sides have been better put to use to bring us all together, if only for the moment, and create peace on earth, and goodwill to men. 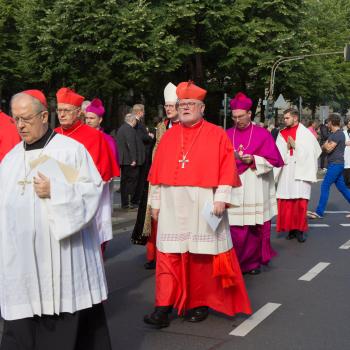 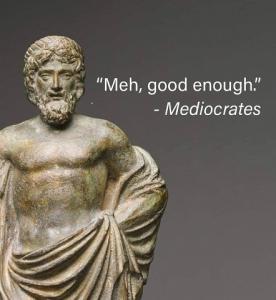 The Wisdom of Mediocrates
Vance Morgan
4 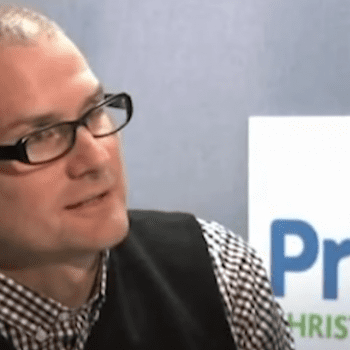 Love wins, unrequited love loses. A response to Rob Bell's view of hell.
Erik Strandness
Get Patheos Newsletters
Get the latest from Patheos by signing up for our newsletters. Try our 3 most popular, or select from our huge collection of unique and thought-provoking newsletters.
From time to time you will also receive Special Offers from our partners that help us make this content free for you. You can opt out of these offers at any time.
see our full list of newsletters
Editor's picks See all columnists