In Response to the Responses

I was delighted to receive this collection of responses, especially with so many friends and other respected individuals participating. What could be a more fitting follow-up to a piece about sisters in conversation? Each response set my mind spinning in fresh directions, and I'll struggle now to keep my comments brief.

To begin, I thank Caroline Kline for her insights on the value of a multiplicity of voices in Mormon conversation about gender issues, and the opportunity and responsibility we share in contributing to that conversation. Her remarks exemplify the grace and generosity she calls for, as well as the optimism such challenging discussions require to endure. I also thank Caroline for offering glimpses into her personal experience, and for touching on the role that supportive men play in the feminist cause. Some of my favorite Mormon feminists are male (such as Jonathan Stapley, whose manifesto I linked to in the original article), and the Zion I look for is one infused by the holiness of male and female living in full cooperation and exercising spiritual power in concert. Perspectives like Caroline's strengthen hope for that future.

My reply to Rosalynde's insightful remarks could be a whole essay in itself, but for now I'll just clarify a few points. For one, my claim that righteousness requires free will doesn't preclude the impact of subjectivity on choice (a topic I'd like to explore in another article). The dynamics of agency are indeed far more complex and nuanced than my references may suggest. And lest I be misunderstood, in noting the significance of modern social latitudes I don't mean to imply that free will in pre-feminist generations was unduly shackled. Feminism has widened the moral playing field for women, but certainly did not create it. I agree with Rosalynde's point that choice has limited value as an end in itself, and I hope she'll share further thoughts regarding problems and alternatives in third-wave feminism.

Melissa Proctor makes an important observation about the prestige of feminist identity in particular Mormon subsets, and while the social capital she mentions has limited value in our culture at large, its role in some circles shouldn't be overlooked. Her point underscores the challenge of discussing controversial issues in a community that encompasses divergent views and values. Accordingly, I applaud Claudia Bushman's Mormon-friendly definition of feminism, which may sound weak to some ears but will prove potent if it unites women in an otherwise unlikely shared goal. I thank Tresa Edmunds for pointing out that sisterhood is not just a compelling Mormon concept, but also a feminist one, and for her considerable efforts toward that ideal.

Rixa Freeze provides a poignant example of such sisterhood in action, and I'm moved by her account of diverse female voices joining to support rights that are elemental to womanhood. Mormon women have likewise crossed political boundaries to support a common cause, although I doubt we'll ever see a wide-ranging effort aimed at the Church rather than proceeding from it. From what I've observed, the pursuit of moderate goals is more threatening to Mormons than the expression of radical opinions, and ecclesiastical boundaries are weightier than sociopolitical ones. For this reason, I believe organizations like WAVE are wise to emphasize advocacy rather than activism. Hopefully audiences will recognize the difference, and will look for commonalities between their personal views and organizational aims, rather than only conflicts.

On a related point, Melissa correctly observes that today's Mormon feminists tend to come from a common background, although I believe her reasoning points not to feminist failings but to flaws in the paradigm they hope to influence. Regarding that hope, I agree that gender issues in the Church have a limited number of moving parts, but surely there's considerable ground to cover before feminists jump off a doctrinal cliff (in the classic Mormon style Claudia Bushman mentioned). And I believe any immovable doctrines will be better understood and lived to the degree that they're made distinct from cultural tradition. The distinction becomes increasingly clear as Mormons share their experiences in descriptive rather than prescriptive ways, and I thank Claudia for emphasizing the power of the pen (or more likely, the keyboard) in such efforts. As we discover, strengthen, and polish our voices in various genres of writing, we better understand our own views as well as those of others, and thus are better prepared to build bridges between them.

Which brings me to Kristine Haglund's remarks. I sympathize with her frustrations, and I know many others share them -- to a large extent, I do myself. But I believe indignation, however warranted, is counterproductive in this attempt to foster community between individuals with conflicting viewpoints. Clearly the original article is geared toward readers suspicious of or antagonistic toward feminism. Some of the quoted dialogue may be offensive to feminist readers, yet it accurately reflects the range of perspectives and opinions in the target audience, and failing to begin where they stand would only undermine my purposes. The distorted views of feminism referenced are unpleasant business, I agree, but taking a confrontational approach will do nothing to change them, and the conclusions I draw hardly support them.

3 Good Ways to Be Like Little Children
Susan E. Brooks
3

What Is Wrong with the Left?: The Mechanisms of Messaging
Jonathan MS Pearce
4 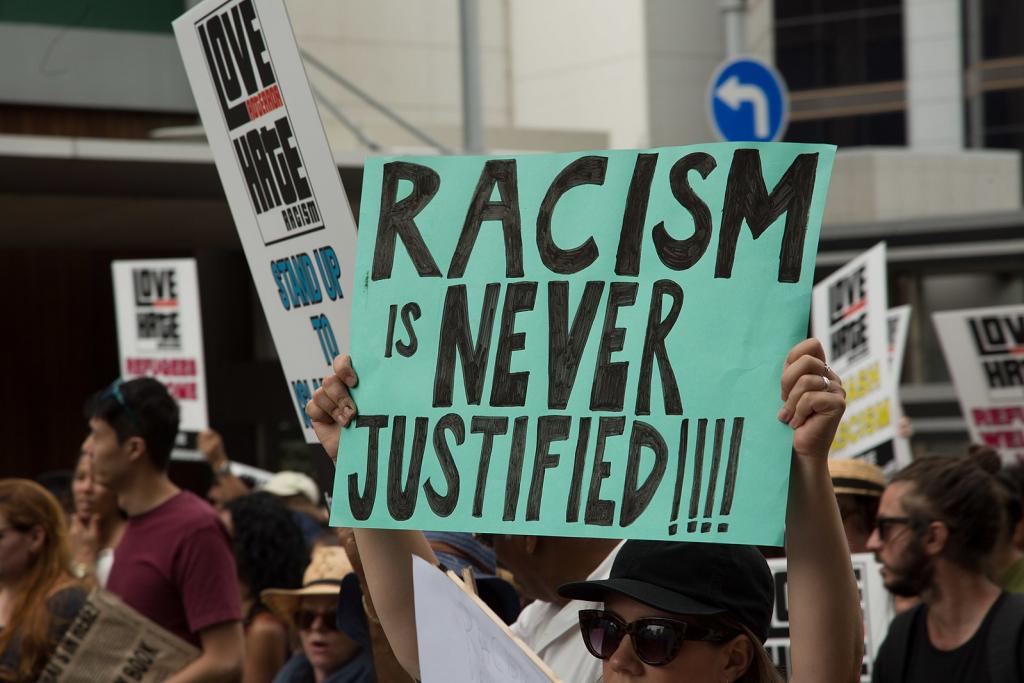 Black Privilege and Weaponizing White Guilt
Jackson Wu
Get Patheos Newsletters
Get the latest from Patheos by signing up for our newsletters. Try our 3 most popular, or select from our huge collection of unique and thought-provoking newsletters.
From time to time you will also receive Special Offers from our partners that help us make this content free for you. You can opt out of these offers at any time.
see our full list of newsletters
Editor's picks See all columnists