Is Anger the Best Medicine? 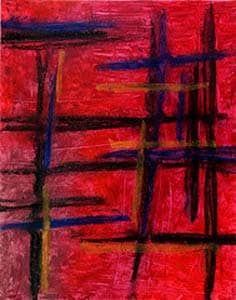 Those who spend [in Allâh's Cause—deeds of charity, alms, etc.] in prosperity and in adversity, who repress anger, and who pardon men; verily, Allâh loves Al-Muhsinûn (the good­doers). ~ Qur'an—Al-'Imran 3:134

The strong is not the one who overcomes the people by his strength, but the strong is the one who controls himself while in anger. ~ Hadith—Sahih Al-Bukhari 8.135, Narrated Abu Huraira, r.a

I need not remind anyone who has read Hadith or Quran that there are constant admonitions to not act out of anger. It is not merely avoiding anger but recognizing that, indeed, this is not position of strength to bargain from.

Often when I work on interfaith issues, I hear from one party or another that there is too much anger and that it is weakness to dialogue. I certainly understand the pain caused by offenses or difficult relationships.

Anger is a part of the human chemistry and reality when we feel our rights have been violated.

What I find instructive in the ayah and hadith stated above is that anger is not a place from which righteousness or strength emanates. How have we forgotten this directive?

Why is it that if someone relies on strategies besides anger, perhaps rational conversation or as the ayah mentions, even forgiveness, that such a person is considered less concerned with the problem?

In many cases I've mediated, anger opens the door to actions and especially words that we regret, perhaps even for generations. It is clear that anger is a challenge and will happen to us along our path in conflicts.

Prophet Muhammad advises strategies for handling such situations. Indeed, I use them myself when I mediate very difficult conflicts:

When one of you becomes angry while standing, he should sit down. If the anger leaves him, well and good; otherwise he should lie down (Prophet Muhammad).

The Prophet recognized that anger is a physical sensation, it is part and parcel of our flight and fight response when faced with a threat.

The very place we need to address anger is in our physical state as well as mental. He recommends that we sit, for if angry and unchecked we can perform physical acts of aggression that can be extremely difficult to control.

And if we are in an acutely angry state, solitude and reflection are the way deal with such a state.

I hear again and again, well we are too angry because of such and such injustice. Perhaps anger is an initial emotional state in response to injustice.

However, unchecked it eventually eats away at the heart. As the ayah above points out, God puts adversity in our lives as a test of our tenacity and focus. To act in response to injustice out of anger is not passing such a test.

Indeed, the spiritual resources of people of faith should allow us to transform the human frailties that imprison us with one choice: anger.

Would it not make sense that if there is conflict between people of faith that the very source of their belief could also be the key to helping them transcend the boundaries of retribution as the only response to the situation?

What resources does your faith provide you with to deal with those from other faiths as well, if either you or they are angry? What stories or examples can you extract from your history that show how anger is not a useful basis for strategic planning?

This article was first published at Muslim Voices and is reprinted with permission.