Is Jesus Christ a Myth? Part 4

Editor's Note: The first part in this series introduced the question of whether Jesus Christ was an actual historical person or a mythological fabrication, the second part discussed the allegation that the Jesus story is assembled from bits and pieces of pagan mythology, and the third part considered what evidence can be gleaned from the letters of Paul. The present installment employs the rhetorical strategies of the Jesus Mythologists to ‘prove' that Hannibal never existed. 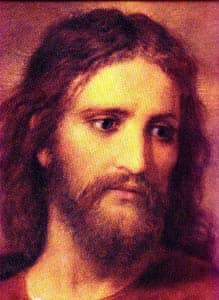 In the first three parts of this series, I have discussed the evidence for Jesus in non-Christian sources, the flimsiness of alleged pagan parallels with Jesus' life, and the evidence for the historical Jesus in the letters of Paul. In this last post, I want to consider how it would look if we used the kind of logic that Christ Mythologists employ to examine another figure in ancient history.

When I published this spoof a few years ago on the Secular Web's discussion board it was taken seriously even though, with hindsight, it seems absurd. The comments in italics are annotations to bring out points of similarity with the various Christ Myth theses in currency. I would invite any Christ Mythologist to explain to me the substantial differences between their theory and the spurious one below.

To ask whether or not the great Carthaginian general Hannibal ever actually existed might seem rather pointless. It might be an exercise for a student learning about the nature of historical evidence, but not something any serious scholar would waste time on. But maybe we should not be too hasty in acquiescing with the opinion of establishment historians (in other words, there's a plot by academics stifling debate).

In fact, although there is plenty of writing about Hannibal, none of it is contemporary and there is no archaeological evidence for him at all (not surprising given the Romans razed the city from whence he came). Furthermore he is not mentioned in any Carthaginian sources, which is incredible, given he was supposed to be their greatest leader (there are no Carthaginian sources as the Romans burnt their city down)! We find when we actually try to pin him down he tends to recede further into the mists of time. His exploits, such as leading elephants over the Alps, are clearly legendary (the skeptic pretends to be incredulous but seems happy to buy his own amazing theory) and it is not hard to find a motive for the creation of this colorful character by Roman writers (as long we can invent a motive for fabrication we can assume that fabrication exists).

Rome and Carthage were great trading rivals in the Western Mediterranean and it did not take them long to come to blows. Rome signed a peace treaty but, under the leadership of the elder Cato, desperately wanted to rid itself permanently of the competition (this is actually true and so helps to conceal the moment when we slip into fantasy). The Romans needed an excuse and the idea they developed was brilliant. Like many ancient civilizations, the Romans rewrote history as it suited them to exhibit their own prowess (a useful and exaggerated generalization). Consequently we should not be surprised to find that they invented a great enemy from Carthage to demonstrate the threat still existed and justify a further war to wipe them out.

The author of the fiction was Cato himself (we need someone to point the finger at; note also how there is no distinction made between the background material above and theorizing here), as Cato wrote the earliest Roman History (true as well, as it happens). But it was intended simply as a justification for a further war with Carthage. It contained the details of Hannibal's alleged campaigns against the Romans, including his victories on Italian soil (Cato's history has conveniently not survived so we can speculate freely about what it contained). Cato brilliantly combined the truth with his own anti-Carthaginian propaganda with the intention of goading Rome into another wholly unjustified war with the old enemy (give the fabricator lots of credit for his invention). Once the war was over and Carthage was razed to the ground, the Romans were able to ensure that only their version of history survived (this is important as it enables all other sources to be declared forgeries).