Editor's Note: The following is an excerpt from Martha Nussbaum's "Liberty of Conscience: In Defense of America's Tradition of Religious Equality"

Governments like monuments and displays. They like them all year round, and they are particularly fond of them at holiday seasons. Some displays obviously express government's intent to favor one religion over others. Others may be pluralistic enough to avoid that problem, although it is difficult to imagine a display that could honor all the many religions that America by now contains. There remains, further, the danger of expressing a generic favoritism for religion as against nonreligion. A display put up by government is like a message. It says, "This is what we like and think important. This is what we have arranged for you to look at with our sponsorship."

The issues that arise in assessing public monuments and displays are, then, similar to those that arise in the school prayer context. There are also some important differences. Public displays involve both adults and children, and the children are not required to be in any specific public place, as they are required to be in school. Public displays, then, look more voluntary than school prayer: someone who doesn't like a given display is free to avoid it, without the sort of special excuse or message of nonconformity that leads to stigmatizing behavior.

On the other hand, there's a way in which public displays can also look nonvoluntary: anyone who has business at a given state house will be bound to walk past what is on display there. Anyone who uses a public park will inevitably see some big monument or display erected there. Since public displays are typically on land that is open to the public for use, the voluntariness of viewing the display is not, after all, so obvious. The person who chooses not to view a given display (short of walking around with her eyes closed) is unable to use a given piece of public property that others are free to use.

Moreover-since coercion is not our only concern-even the bare knowledge that the state has expressed a message that demeans a given class of citizens can reasonably be thought to affect those people's standing in the community, whether they view the message or not. African-Americans could avoid the overt signs of segregation as much as they liked, but if a public drinking fountain carries the message "Whites only," that demeans all blacks in the community, whether or not they come to look at the sign.

Displays, then, are highly sensitive places where government makes statements that have importance for the equality of citizens in the community. It seems quite unreasonable, however, to suggest that no state may erect any display at the holiday season that has any religious reference at all. If the Establishment Clause meant that Santa and Rudolph and Barbie would be the only acceptable symbols at the holiday season, and that nothing with religious content could even accompany them, that would suggest to most Americans the "relentless and all-pervasive attempt to exclude religion from every aspect of public life" that could itself pose a constitutional problem, establishing secularism as France has chosen to do. It would also be unfortunate, giving commercial and nonethical values priority over ethical and spiritual values. In this area, then, the Justices are aware not only of an equality issue on the other side, but also of a danger to civil peace, since it is likely that Americans would rise up, in some manner, against such an attempt, were one made. This sensitivity has meant that the Court typically bends over backward to give a monument the most generous possible construal, approving some displays that a strict academic analysis might find problematic on equality grounds.

Every year the city of Pawtucket, Rhode Island, erects a holiday display in a park owned by a nonprofit organization and located in the middle of the city's shopping district. The display includes many traditional secular symbols of the holiday season, "including, among other things, a Santa Claus house, reindeer pulling Santa's sleigh, candy-striped poles, a Christmas tree, carolers, cutout figures representing such characters as a clown, an elephant, and a teddy bear, hundreds of colored lights, a large banner that reads ‘SEASONS GREETINGS.'" For over forty years, it has also included a Nativity scene. The figures at issue in the case, purchased by the city in 1973 for $1,365, are over five feet tall. No money had been spent on maintenance of the crèche in recent years. Individuals and the ACLU challenged the constitutionality of including the Nativity scene in the display. By a 5-4 margin, in 1983, the Supreme Court upheld its constitutionality.

There are 6 Things Good Dads Do. Here's the first one...
Roland Warren
2 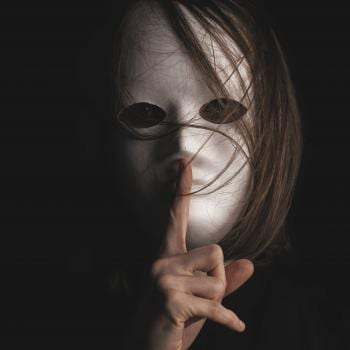 Are You a Victim of Family Censorship?
Scott R. Stahlecker
3 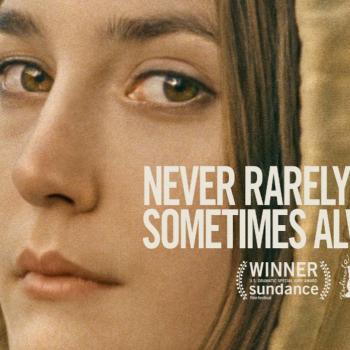 Diagacht Tráthúil (Timeless Theology) Book Coming Soon!
John D Gee
Get Patheos Newsletters
Get the latest from Patheos by signing up for our newsletters. Try our 3 most popular, or select from our huge collection of unique and thought-provoking newsletters.
From time to time you will also receive Special Offers from our partners that help us make this content free for you. You can opt out of these offers at any time.
see our full list of newsletters
Editor's picks See all columnists