Most Influential Religious Figures of 2010 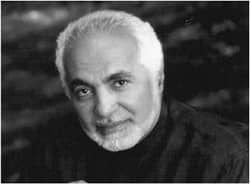 Our friends at Huffington Post Religion have assembled a slideshow narrative of people who made the headlines this past year for their "extraordinary influence in America and around the world." The list includes:

Rauf and Khan are "spokespersons for the idea that religious pluralism, understanding and freedom are the appropriate and lasting anecdote to religious extremism and repression"

"As Uganda considered a bill that would make homosexuality a capital offense, Ugandan Bishop Senyonio stood up for LGBT rights. As a result he has been the target of death threats and condemnations."

As president and CEO of the Catholic Health Association, Sister Carol and other Catholic nuns "declared that the Health Care Bill was, in fact, pro-life. In doing so they courageously went against the Bishops Conference and helped to convince some Catholic congressmen to vote yes, leading to the bill's ultimate passage."

"Glenn Beck's Washington rally to 'Restore Honor' tapped into the longings of many Americans with the trappings of a religious revival, which led some to question whether Beck himself was becoming a religious leader. The very fact that Beck, a Mormon (which many conservative Christians do not consider Christian), has become a religious icon for conservative Evangelicals shows the extent to which a new interfaith alliance among conservative Catholics, Mormons and Evangelical Christians has blended politics and theology."

"Named the 'Green Patrirarch,' by Al Gore, Patriarch Bartholomew continues to bring international scientists and religious leaders together to call attention to environmental degradation and to argue convincingly why the environment is a religious issue."

"Undeterred by his diagnosis of cancer, Hitchens is always up for a debate on the existence of God and the morality of religion. While religious people debate whether or not to pray for his recovery, Hitchens admirably stands by his own rational approach and, according to him, will do so until his very end."

"While the Dalai Lama's political capital seems to be on the decline, his spiritual influence continues to be as strong as ever. His Holiness released two books this year: one on his own spiritual journey and the other on the importance of interfaith cooperation. Together the books offer a model of religious integrity within one's own faith, while respectfully and compassionately engaging across religious boundaries."

When she was asked during her Supreme Court confirmation hearings about where she was on Christmas, Kagan replied, 'Like all Jews, I was probably at a Chinese restaurant.' "The openness and good humor of Justice Kagen's remarks exemplified the best of being true to one's religious identity while not letting it derail the conversation -- a fine line to walk in today's fraught political and religious landscape."

Prolific writer and former nun Karen Armstrong used her 2008 TED Prize to create the Charter for Compassion, which begins, "The principle of compassion lies at the heart of all religious, ethical and spiritual traditions, calling us always to treat all others as we wish to be treated ourselves."