In just a couple of weeks I will be accompanying thirty Boston College students on a five-day silent retreat.

Yes, you read that right: college students. Five days. Silence. And I don't mean the kind of "keep your iPods turned down low" silence, the "you can talk only softly up till 9 p.m." silence. I mean silence, the only talking happening in liturgy and one-on-one spiritual direction meetings.

I did this same retreat last year and observed several things. First, it was delicious silence: no infernal background music, no attention-deficit-disorder-inducing ads or rapid-fire yammering on TV or radio or anything else. Second, the students embraced it; they didn't cheat, as far as I could tell, by running off to their rooms to watch a movie or have an illicit chat with a friend. They slowed down, took walks, journaled, prayed, studied nature. They wrote, made art, collected their thoughts, lingered in the chapel, and generally looked very happy. Third—and most remarkably—they left that experience feeling deeply connected to each other, even without having exchanged words.

At this time of year I find myself craving silence. Perhaps it is because of the shortened days, and because of the waning days of the Advent season. Perhaps it is because we are near the end of the academic term, the rhythms of which have shaped my entire life. By disposition, I am something of an introvert: I seek out a monastery when I can, and delight in silent time to collect my thoughts and offer them to God in prayer.

Americans are kinetic people, whose attitudes toward life are often rooted in a basic commitment toward productivity. Because our founding myth is that of upward mobility—as exemplified in the writings of Horatio Alger—our lives are often framed by broadly economic desires. We work hard; we expect to carve out happiness; and we glance nervously around us at others to insure that we have more of it than the next person. Remarkably, it is the "retail Christmas" season in which these desires in full throttle bring many to the brink of exhaustion, attempting to recreate idyllic scenes of home and hearth worthy of movies. The retailers know it, too; their rolling out of the old Christmas standards elicits imagination that drives our purchasing.

There's noise everywhere. In our homes are screens and speakers with images and sounds of every sort. There are signs outside, along the roads, in the stores, on automobiles. There are screens in gas stations, in doctors' offices, restaurants. There are speakers in airports, on elevators, in our cars. We are bombarded by externally-generated thoughts that muscle in on our own. And often they simply replace our own: hence the tendency to brand our Facebook pages with favorite songs, movies, TV shows, and so on, which allow us "plug and play" personalities. In such a context, silence is like withdrawal.

And there's the rub: we've become addicted to noise, anything that distracts us from cultivating the practice of careful thinking, reflection, and its natural consequent: prayer. For when we think, and reflect upon the things we think about, one effect is a sense of wonder at it all.

Every now and then, it seems, people wake up to the sensibility that their lives are too noisy. One recent example is the BBC 2 television show "The Big Silence," a follow-up to its earlier show "The Monastery." For both shows, ordinary Britons were invited to an experience of monastic silence at Benedictine Worth Abbey in Sussex (a place where I once made a beautiful retreat). Then-Abbot Christopher Jamison put it well: "Silence is a gateway to the soul, and the soul is the gateway to God." The show chronicled the participants' difficulties in entering into silence, initially perceiving it as alien. In their initial dinner with the monks, for example, one can discern a difference between the monks, practiced at silence, and the visitors, whose facial expressions suggest that they are waiting for something to happen. In short, these people's first extended experience of silence is uncomfortable precisely because they have never really known it before.

That's a hint, I think, of the bigger problem: most people cannot imagine that silence is a good thing, and so avoid it. What the monastic tradition teaches us, though, is that silence is radically different from a lack of sound. It is a cultivated practice, as evidenced from chapter six of the Rule of Saint Benedict:

Therefore, since the spirit of silence is so important, permission to speak should rarely be granted even to perfect disciples, even though it be for good, holy edifying conversation. . . . For speaking and teaching belong to the master; the disciple's part is to be silent and to listen.

"To be silent and to listen." Many reject a priori that there's anything (or Anyone!) to listen to. Silence is, therefore, a primordial act of faith, a willingness to suspend disbelief for the sake of listening. It is far from passive, even though our American sensibilities may deny its cash value. I am struck by an image that Mother Teresa used to describe prayer: listening to God while God listens to us. We know something of how difficult it can be to really listen to a dear friend who needs us. Can we practice the silence in which we learn how to listen to God?

Today's my Birthday--and it's a big one!
Vance Morgan
2 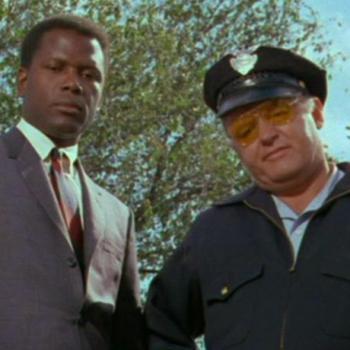 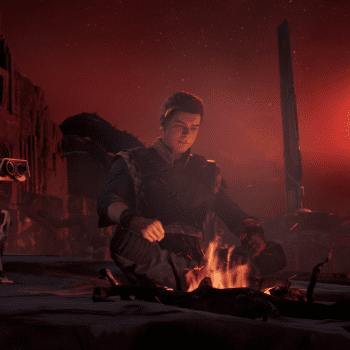 Unexpected Lessons from “Star Wars Jedi: Fallen Order”
John Ehrett
Get Patheos Newsletters
Get the latest from Patheos by signing up for our newsletters. Try our 3 most popular, or select from our huge collection of unique and thought-provoking newsletters.
From time to time you will also receive Special Offers from our partners that help us make this content free for you. You can opt out of these offers at any time.
see our full list of newsletters
Editor's picks See all columnists