Yoga is the control of thought-waves in the mind. ~ (Patanjali Yogasutra I.2; trans. Swami Prabhavananda, Sri Ramakrishna Math)

A couple of summers ago, my children and I—lovers of sci-fi and fantasy fiction—were reading the second book of the Inheritance series by Christopher Paolini. We have found so much Hindu philosophy in that genre—C. S. Lewis (Aslan's "But there I have another name. You must learn to know me by that name."), J. K. Rowling (Dumbledore's "It is our choices . . . that show what we truly are, far more than our abilities."), to name two. It was no surprise that we found the same in this second book about Eragon's adventures.

From the elf known as the Mourning Sage, Oromis, or Togira Ikonoka, Eragon learns to do the Rimgar, or the Dance of Snake and Crane, a series of poses that the elves developed to prepare their warriors for battle, and to meditate in the forest glades of the elven kingdom, Ellesmera. Rimgar reminded us of yoga, with its four different levels, based on flexibility and strength, and the first actions—to bring the hands from the side to above the head, followed by bending down, touching the ground with the palms, and jumping back.

What also didn't surprise us is the Japanese-sounding name (Togira Ikonoka) given to Eragon's Master, rather than linking the yoga-like exercise to the geographic region where it originated and continues to be practiced over the centuries. Our inheritance, as Hindus—those whose faith has been classified as the religion Hinduism in the Western world—has often been denied us. I recently questioned David Crumm, a journalist, about this quote from his ReadtheSpirit.com site: "The term ‘Vedanta' refers to spiritual movements that stem from the ancient religious traditions of India." As I said to David, Vedanta—a combination of veda (the Sanskrit word used to identify the body of Hindu scriptures) + anta (end)—is, through this statement, somehow separated from the Hindu faith tradition from which it is derived. We can extend this denial of Hindu origins to yoga, a Sanskrit word, with its simplest meaning, "union." Yoga's common connotation in the community I live in—a suburb of metro-Detroit striving to come to terms with its religious and cultural diversity—represents a form of exercise known as hatha yoga. In fact, a few local churches even offer "Christian yoga."

As David's response to my question stated, what we mean by Hindu is complex. Dictionary.com has various definitions for the word "faith," but one that highlights the complexity of being a Hindu is: "a system of religious belief: the Christian faith; the Jewish faith." What happens when the system of religious belief is itself so complex that it defies the term "religion"? (Again, from dictionary.com—"a specific fundamental set of beliefs and practices generally agreed upon by a number of persons or sects: the Christian religion; the Buddhist religion.") The fundamental set of Hindu beliefs consists of statements and ideas at opposite ends of the spectrum—take Nirguna and Saguna Brahman (god without any form and god with many beautiful forms). Many Hindus I know say "I am not religious, I am spiritual," and often I am questioned about my Hindu advocacy—"Who or what is a Hindu?"

In my treasure trove of Hindu scriptural texts is a book from my father: Swami Prabhavananda's translation and commentary on Patanjali's Yoga Sutras, a Hindu scripture and foundational text on yoga. In this book and in the Bhagavad Gita, yoga comes to mean a form of spiritual union with the Supreme Spirit. Patanjali's aphorisms and the Gita, while they may require translation and commentaries, still point to the simple fact that the various forms of yoga—karma, bhakti, jnana, dhyana, etc.—guide someone who follows the Hindu faith to The Truth as described by the Rig Veda phrase "Ekam Sat." So, while the concept of yoga is rooted in Sanatana Dharma, yoga requires sadhana—practice—which is something anyone can do, according to their religious tradition.

This leads me to the recent debates—around the world and across the religious landscape—about whether or not yoga originates from Hinduism. This discourse seems to have become a challenge to those who do not embrace the plurality of belief systems, that there are multiple valid pathways to God, and that the world is changing. To compare Eastern and Western ways of thinking is, as Swami Prabhavananda says, "neither fair nor valid." So, whether yoga is considered Hindu or not, religious or spiritual, its beauty is the universality of its application, and it is what people make it. As I told my children, whether the acknowledgement of yoga's roots is missing or misleading, it is still our Hindu inheritance. 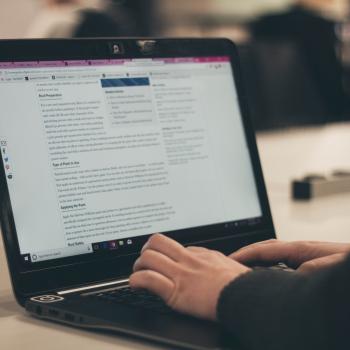 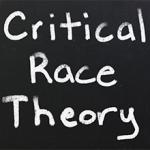