Santa, Signs, and the Nature of Belief: A Christmas Method

My claim is that methodological doubt is only half of what we need. Yes, we need the systematic, disciplined and conscious attempts to criticize everything no matter how compelling it might seem—to find flaws or contradictions we might otherwise miss. But thinking is not trustworthy unless it also includes methodological belief: the equally systematic, disciplined and conscious attempt to believe everything no matter how unlikely or repellent it might seem—to find virtues or strengths we might otherwise miss. (Embracing Contraries, pp. 257-258)

At the moment in which it revealed itself, Zechariah was unable to open his mind to an absurd possibility, perhaps in part because he had not practiced a methodological belief together with his saving faith.

Perhaps, that is, and here I'm veering sharply to the north, Zechariah could have used a little Santa in his life. The story of Santa, after all, allows both children and adults to practice a kind of methodological believing—to open one's mind to the antic and the absurd, and deliberately to invest one's hopes and fears, desires and impulses, into a shared story recommended only by its inherent charisma and the human connectedness it creates.

Make no mistake: this kind of belief is no substitute for a saving faith in Christ, and a Christmas infused only with a methodological belief and not also with a sacramental faith is a poorer one. And Santa is not, of course, the only, nor even a necessary, vehicle for practicing methodological belief. But that right jolly old elf does offer one way. As my friend Russell Arben Fox put it in his classic post on believing in Santa:

The stories and folkways and prayers of millions of people over centuries of time have included seeingsomething in common at Christmastime, even if there is disagreement over what exactly it was that they saw . . . What we are prepared to see, what we are receptive to seeing, and what we feel when we see it, ultimately matters much, much more.

Merry Christmas, all. May the moon on the breast of a midwinter snow give a luster, or even merely a patina, to the objects of your faith, whether at the chimney or at the manger. 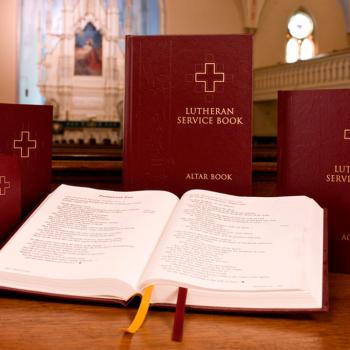 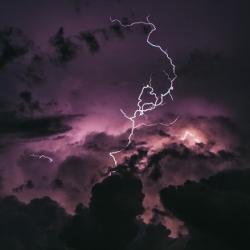 Mark Driscoll: Bullies Keep Bullying (LSP #200)
Cassidy McGillicuddy
Get Patheos Newsletters
Get the latest from Patheos by signing up for our newsletters. Try our 3 most popular, or select from our huge collection of unique and thought-provoking newsletters.
From time to time you will also receive Special Offers from our partners that help us make this content free for you. You can opt out of these offers at any time.
see our full list of newsletters
Editor's picks See all columnists